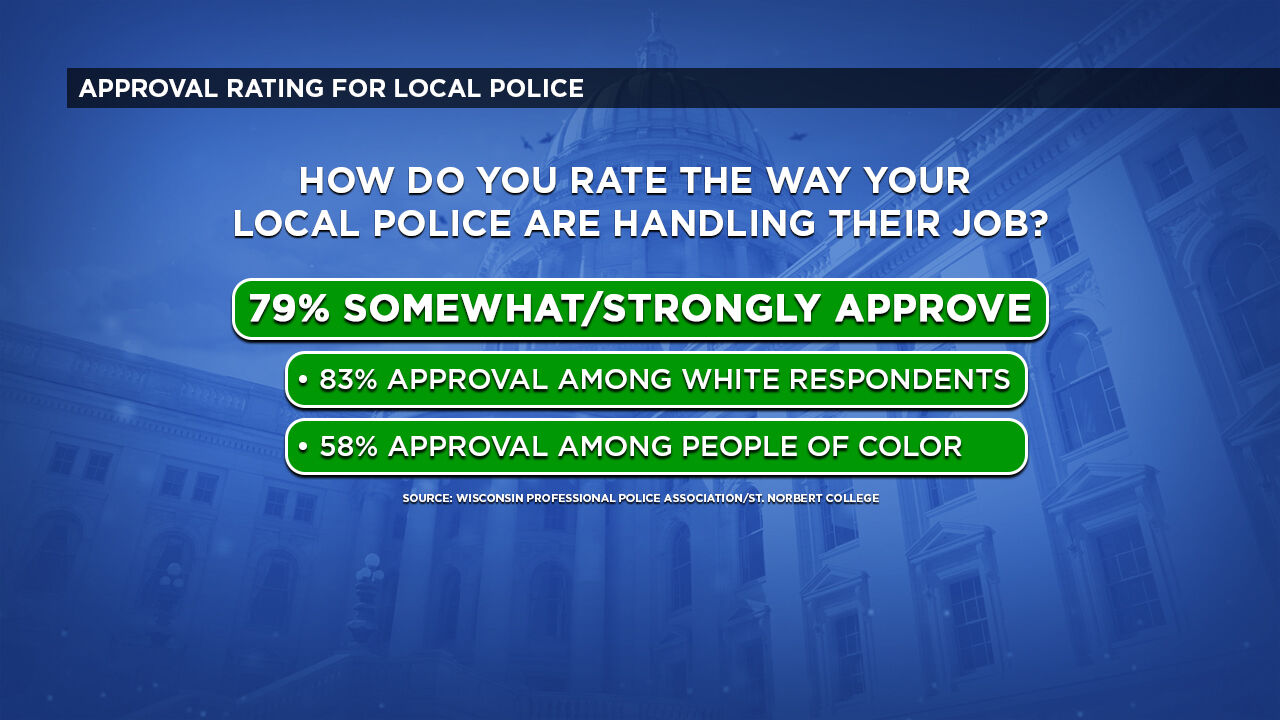 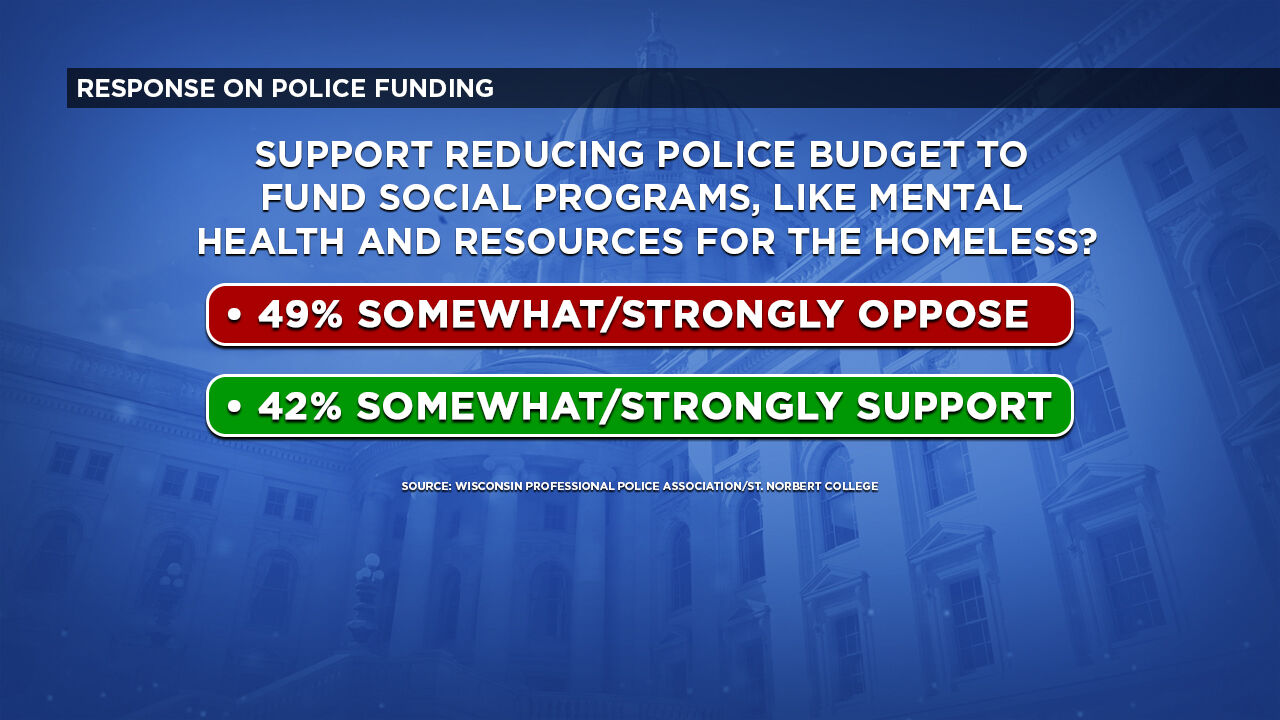 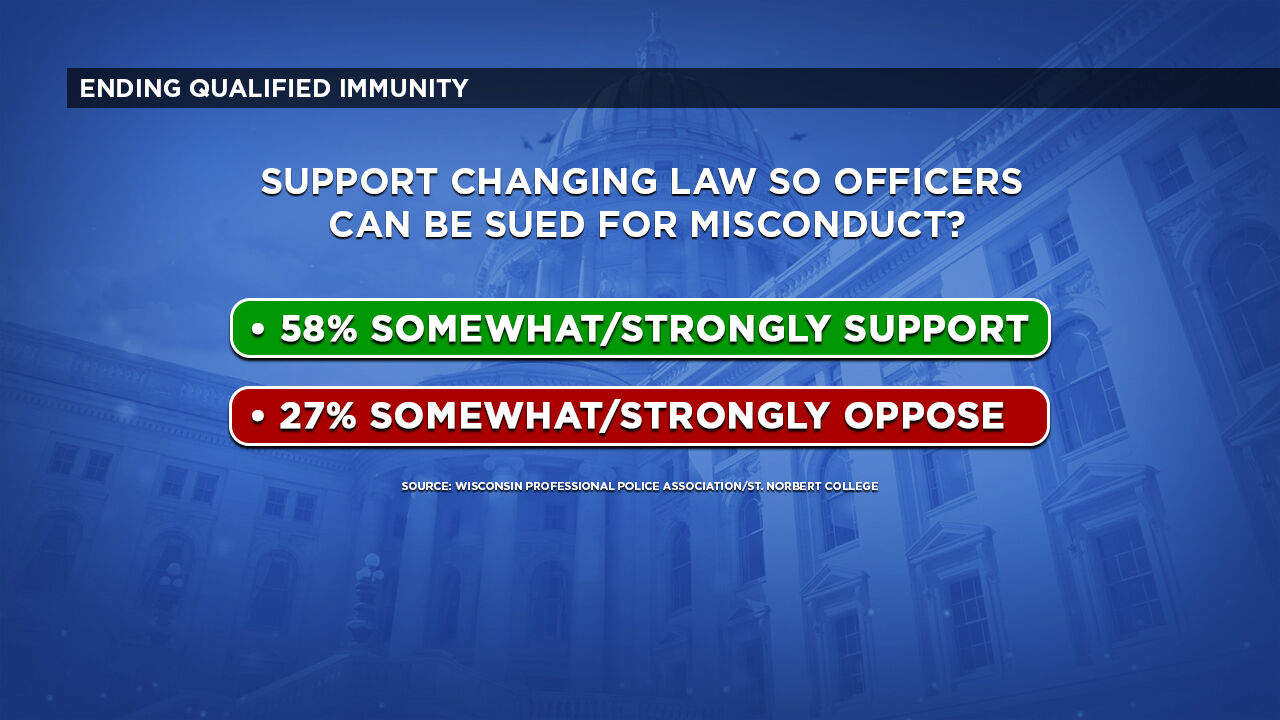 (WKOW) -- A survey commissioned by the state's largest police union, Wisconsin Professional Police Association in collaboration with St. Norbert College, finds most people approve of the job their local police department is doing.

According to the survey, 49 percent said they oppose taking money from their local police department's budget to fund social programs while 42 percent favor it.

However, 58 percent said they want to end qualified immunity, which makes it impossible to sue individual officers when they commit misconduct.

Merrimac Ferry reopened, after closure most of Friday