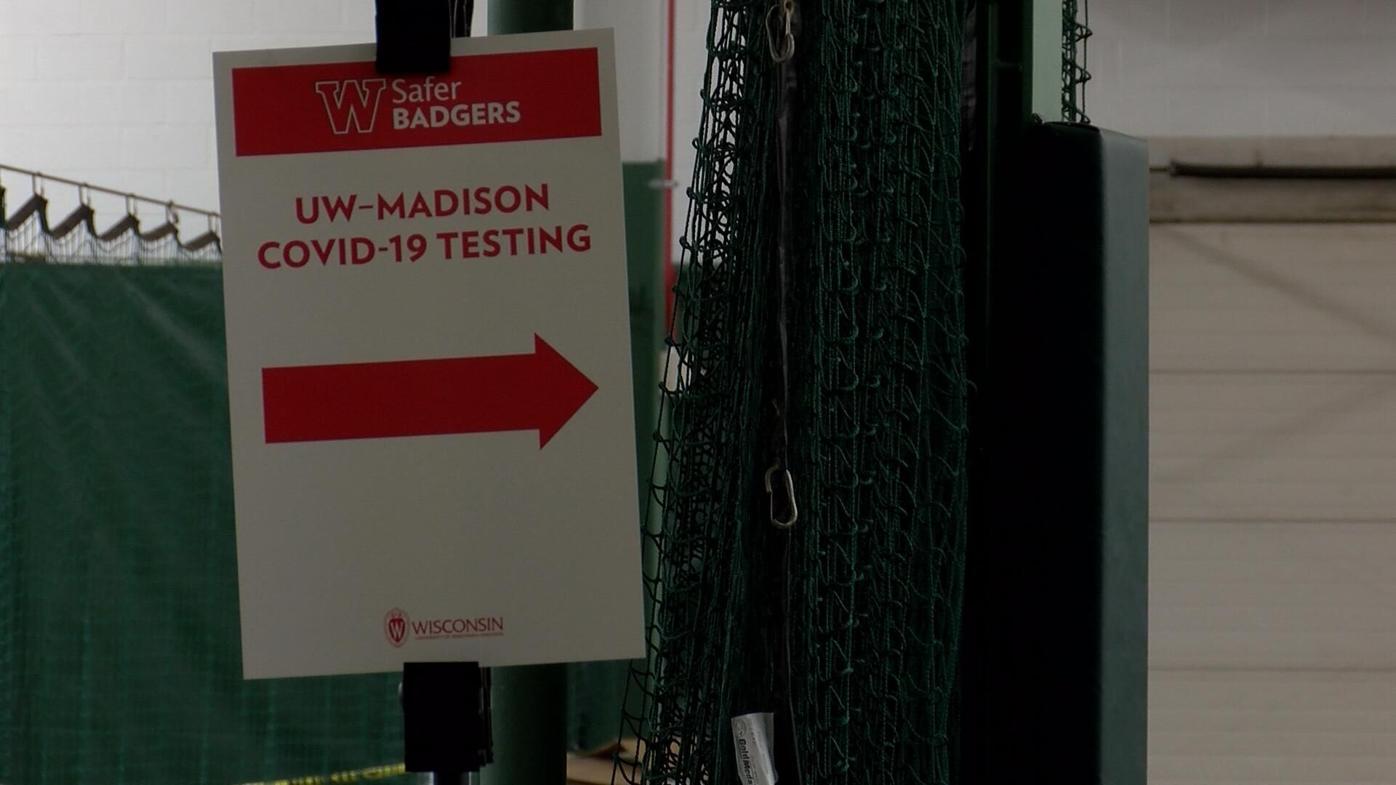 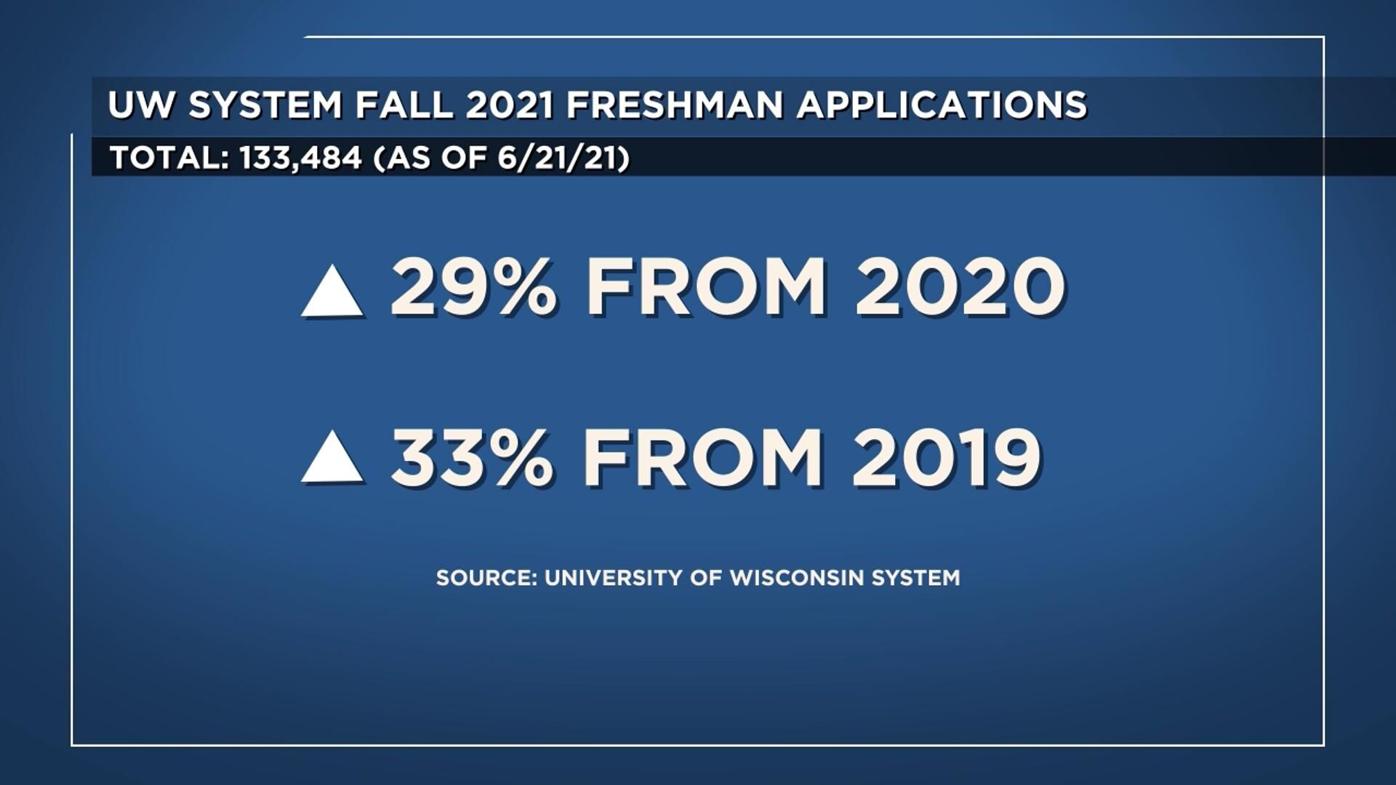 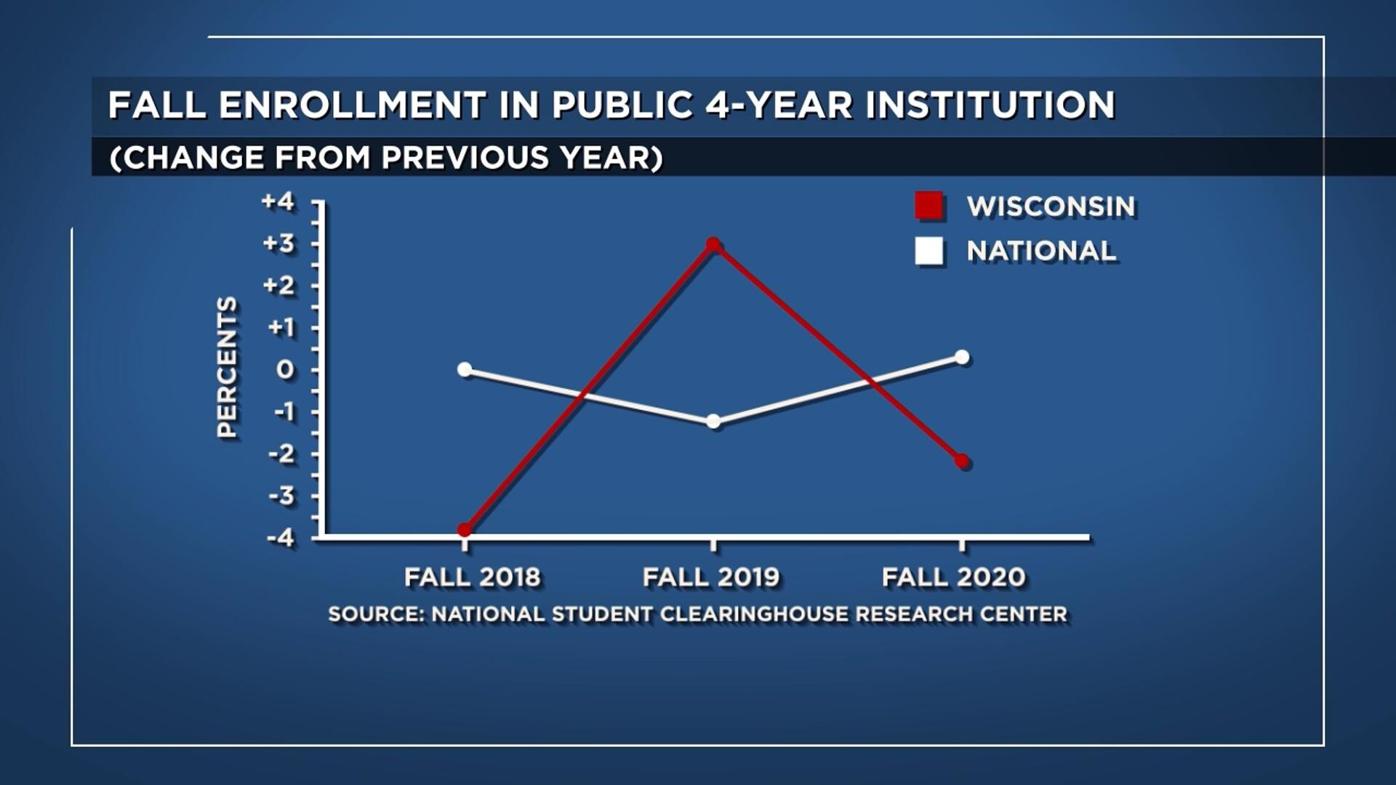 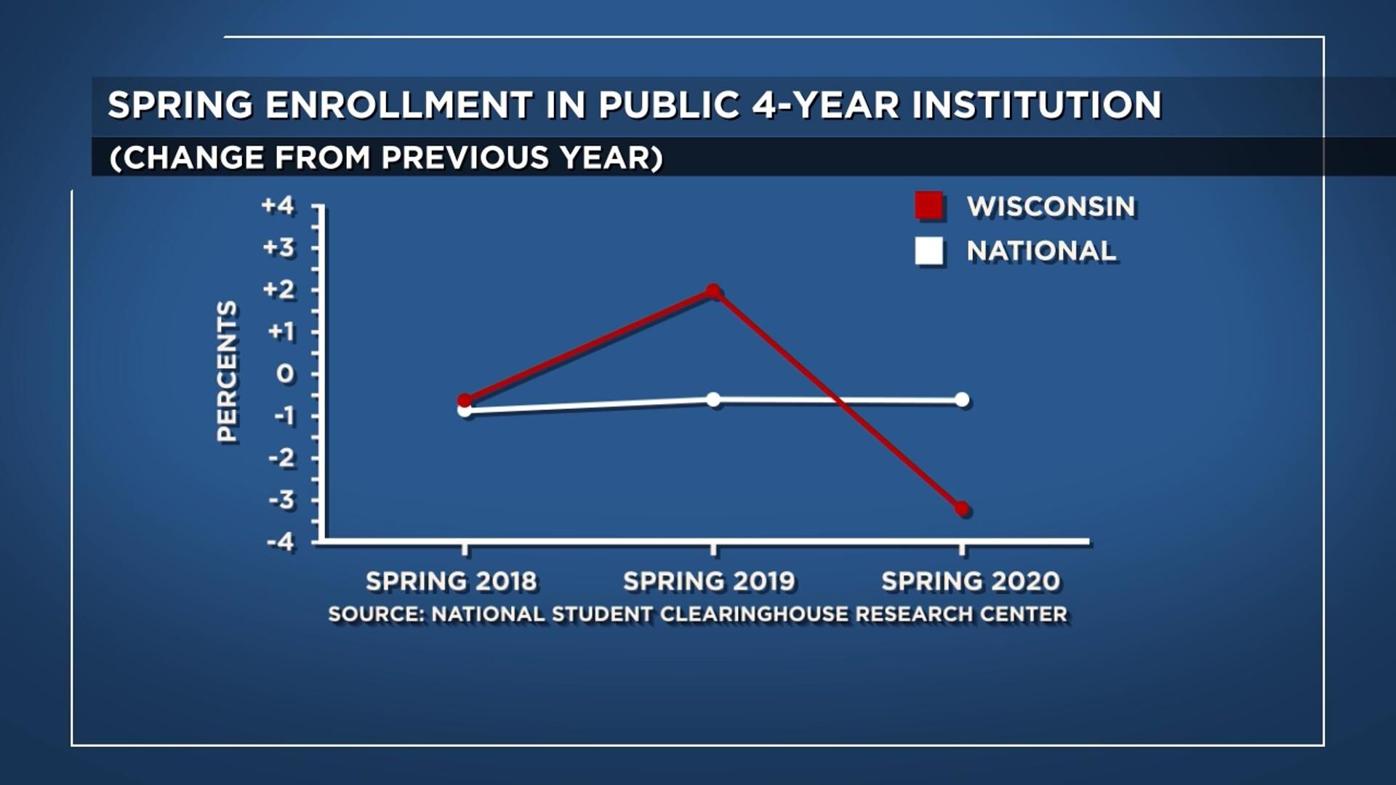 MADISON (WKOW) -- As recent high school graduates now prepare for college, universities are preparing for a better year ahead.

"We've got to get them in the door now," Thompson said.

After the challenges of 2020, Thompson says the UW System worked hard to get new students and make it easier for them to apply.

"We did things like waive the ACT, make the application simpler and faster -- allowed to use the same form at all the campuses," he said.

So far, it looks like the strategy paid off.

Thompson says the task now will be sorting out those applications to get students enrolled at the different UW schools.

Data from the National Student Clearinghouse Research Center shows enrollment at 4-year public institutions in Wisconsin dropped 2 percent last fall from Fall 2019. In Fall 2019, enrollment had been up 3 percent from Fall 2018.

But not all students stuck around for the full year. By Spring 2021, enrollment was down more than 3 percent at 4-year institutions in Wisconsin compared to Spring 2020.

Part of that squeeze was felt at the UW System.

"We had to cut back," Thompson said. "We had to lay off people. We had to put people on furlough, and the furloughs are running out at the end of the month."

Thompson says the boost in applications this year points to new confidence prospective students now have.

"I'm picking up that there's a lot of students that want to go to college and recapture, redeem that senior year that they think they lost," he said. "That's number one. And number two, we want to make sure that those students are going to be safe. Number three, I want to make sure that they get the kind of education that they're asking for. That's why I'm demanding that 75 percent of our classes are going to be in person."

No UW students will be required to be vaccinated against the coronavirus this fall.

Thompson says the UW System will be announcing plans in July for a marketing blitz -- encouraging and incentivizing vaccination.

"Our goal is to get as many students vaccinated as we possibly can so that our campuses are safe," he said.

The focus is on keeping those campuses safe and bouncing back.

"It'll never equate all that we lost," Thompson said. "But it's going to make up a good part of it. We hope."

Providing Easter meals through the pandemic

Getting answers: Recommendations for laundry