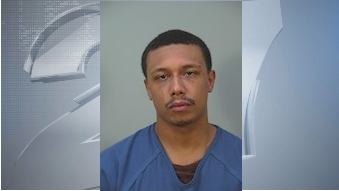 MADISON (WKOW) -- Madison police announced Thursday that they have arrested Avieon Little, who is charged in connection to the shooting death of Keshaun Q. Davis-Williams on July 5.

Check out more of our crime coverage here

According to an incident report from the Madison Police Department, officers arrested Little on August 19. The day before, a criminal complaint was filed charging him with first-degree intentional homicide as a party to a crime.

The criminal complaint alleges Little may have fired shots at the vehicle Davis-Williams was in, based on ballistic analysis. It also states Little's phone records show he was in the area of the homicide when it took place.

Wisconsin Circuit Court Access does not have an initial court date listed for Little. The other suspect charged in the case, Christopher Somersett, had his first appearance on August 18.