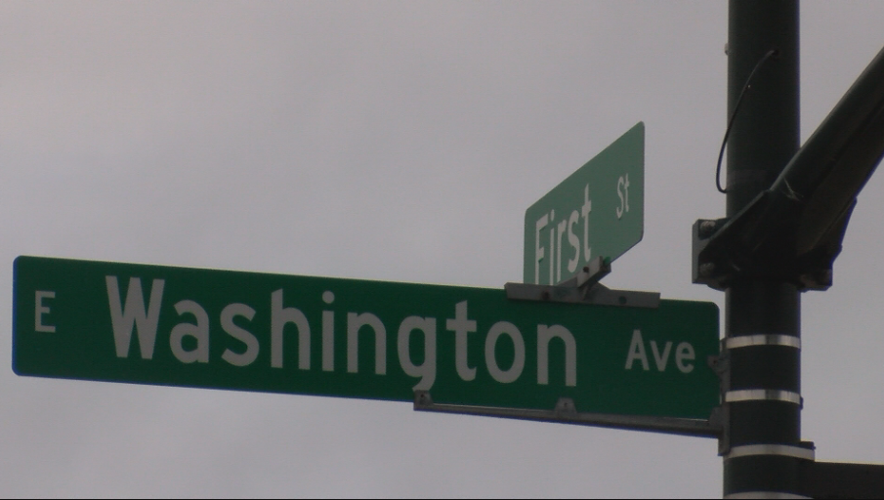 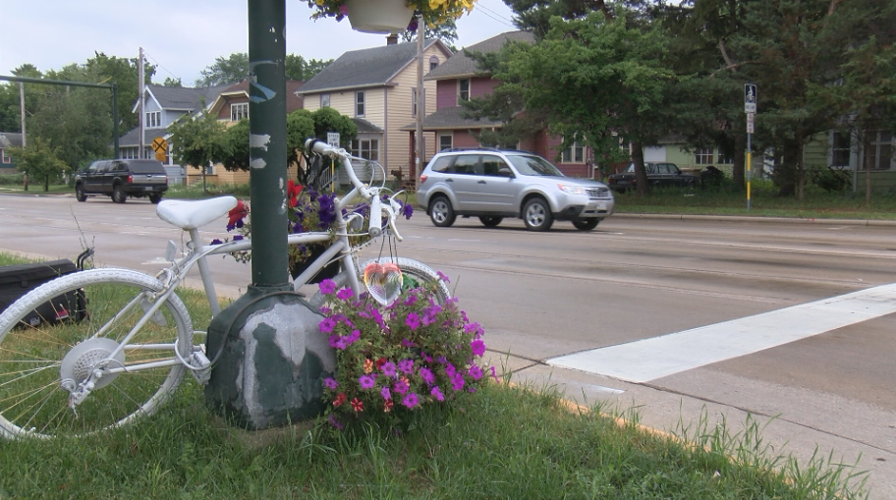 A white bicycle memorializes where a biker was hit and killed by a car on the corner of E. Washington and N. First Street 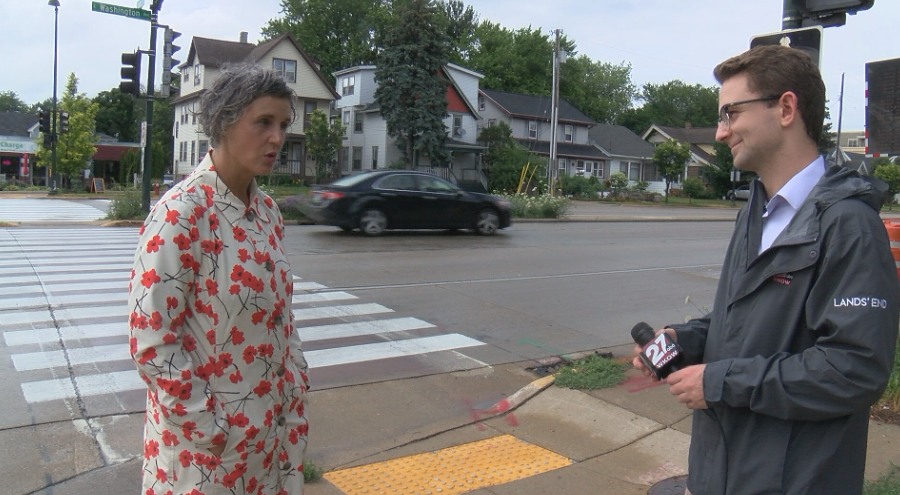 Marlisa Kopenski Condon is a biker herself, and says she has had many close encounters with cars on E. Washington Avenue.

MADISON (WKOW) -- For many residents in Madison, East Washington Avenue has an infamous reputation. The street is known for a number of things, from drag racing to hit-and-runs.

"I've seen a hit and run, I've seen another bicycle [accident], I've seen crashes," said Fernanda Leborace, a resident on the street. "People get their cars destroyed and I don't know why nothing has been done."

Leborace and other residents have witnessed numerous crashes along the avenue. Police are still searching for the driver responsible for a deadly hit-and-run on the corner of E. Washington and N. Paterson Street Saturday.

Leborace lives on the corner of E. Washington and N. First Street. Just feet from her house sits a white bicycle — a memorial to a biker who lost their life just a few years ago.

"This is a very dangerous intersection," Leborace said. She says only with increased police presence will the issue get solved.

Neighborhood leaders have also gotten involved in the issue.

For Condon, it's gotten personal.

"I do know many people who have been hit by cars. I also know children," Condon said.

She and others have been working to end preventable crashes on East Washington Avenue for years now. They've been working with the mayor's office in an initiative called "Vision Zero," an effort to completely eliminate preventable traffic deaths in the city.

In September 2020, city officials were able to lower the speed limits on parts of E. Washington Avenue from 35 mph down to 30 and 25 mph in different locations.

Some residents also pointed to drag racing as an issue and said reduced speed limits might not fix the problem.

Madison Arnold was hit by a car on her bike in 2019 and she barely remembers the experience.

Condon says she's hoping by reducing traffic on the roads, decreasing speed limits and increasing crosswalk times, "Vision Zero" can be more than just a vision some day.

"Even though it's a highway, it's in the middle of a neighborhood," Condon said. "And everyone has the right to be safe on this street."

Trial to begin for man accused of killing mother, dog in Avoca