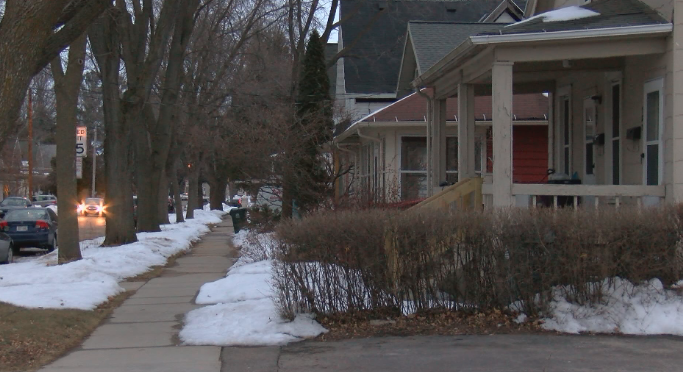 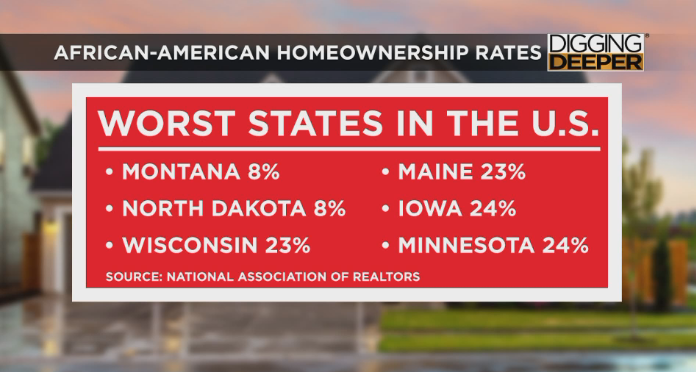 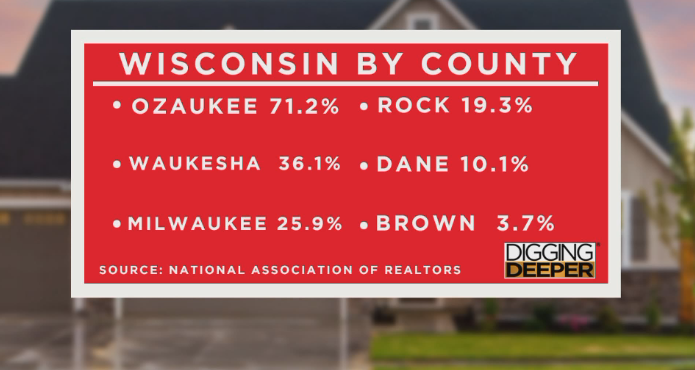 MADISON (WKOW) -- Sitting in his office Tuesday, Ruben Anthony absorbed the information from a new report - one that further illustrates the racial gap in Wisconsin and in Dane County. That report from the National Association of REALTORS revealed Tuesday that Wisconsin has the country's third-lowest rate of African-American homeownership.

Anthony, the president of the Urban League of Greater Madison, said the organization has been working for years to increase homeownership rates among people of color.

The report from the NAR found that Wisconsin's black homeownership rate of 23 percent is greater than only Montana and North Dakota. Maine is tied at 23 percent while Iowa and Minnesota were only marginally better at 24 percent.

The county-level data shows Dane County is one of the largest contributors to the gap in Wisconsin. With a rate of 10.1 percent, only Brown County (3.7 percent) has a lower black homeownership rate among counties with more than 65,000 people.

O'Keefe said Madison is addressing the problem, in part, through a $1.25 million program that provides loans to first-time homebuyers.

"We make loans available at attractive terms to prospective new homebuyers that are qualified and those loans can be as much as $20,000," O'Keefe said.

While Dane County may not be known for having a plethora of affordable property and O'Keefe said that is a factor, he added that it's not that simple. Going even further, he said city data revealed that it's not a matter of racial minorities not having enough money. O'Keefe said city data showed that between 2006 and 2016, applicants of color were denied by mortgage lenders three times more frequently than white homebuyers.

"Even among moderate and higher income applicants, there is a significant disparity between denial rates between persons of color and white households," O'Keefe said.

It's also not as simple as saying high homeownership rates are the end goal. The nation's highest black homeownership rate is Mississippi's 54 percent and that state has one of the country's highest black poverty rates. That report from the Kaiser Family Foundation finds Wisconsin has the country's second-worst black poverty rate.

O'Keefe said that in addition to the homebuyer loans, the city is also working with private lenders to let them know about the racial disparities as well as nonprofit grant and loan programs they can pursue on behalf of minority clients.

Anthony said the Urban League has a lease-to-own program with 51 houses throughout the city. Under the program, families must stay in the home for 15 years making rent payments. After 15 years, the family assumes ownership of the property. Anthony said there are eight homes still open and is hoping to fill four of them this year and the remaining four in 2021.

Anthony added he would like to pursue a program that allows families to assume ownership from the start.

"We're hoping that in the next rendition that they'll own the home immediately but they'll keep their financing with the Urban League for seven years and after that seven years, they can refinance but they own the home from the beginning," Anthony said.

DIGGING DEEPER: Why reports of severe lung complications due to vaping are declining