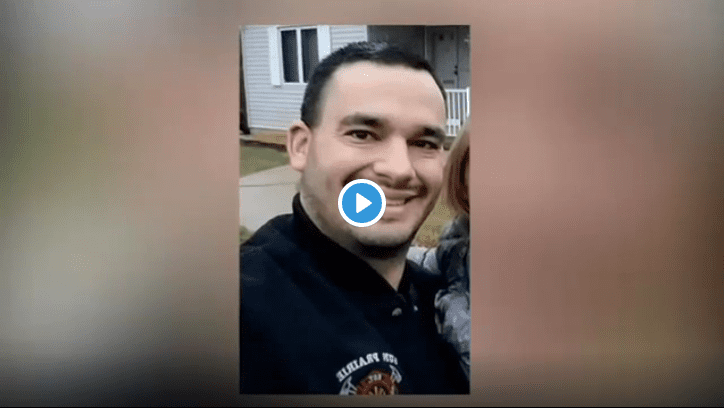 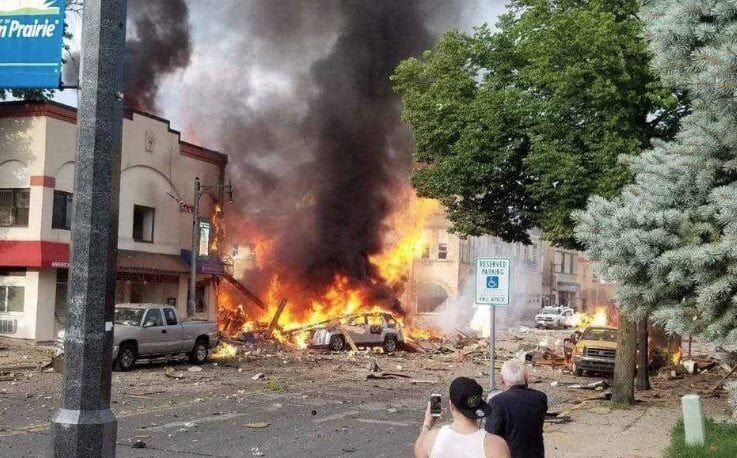 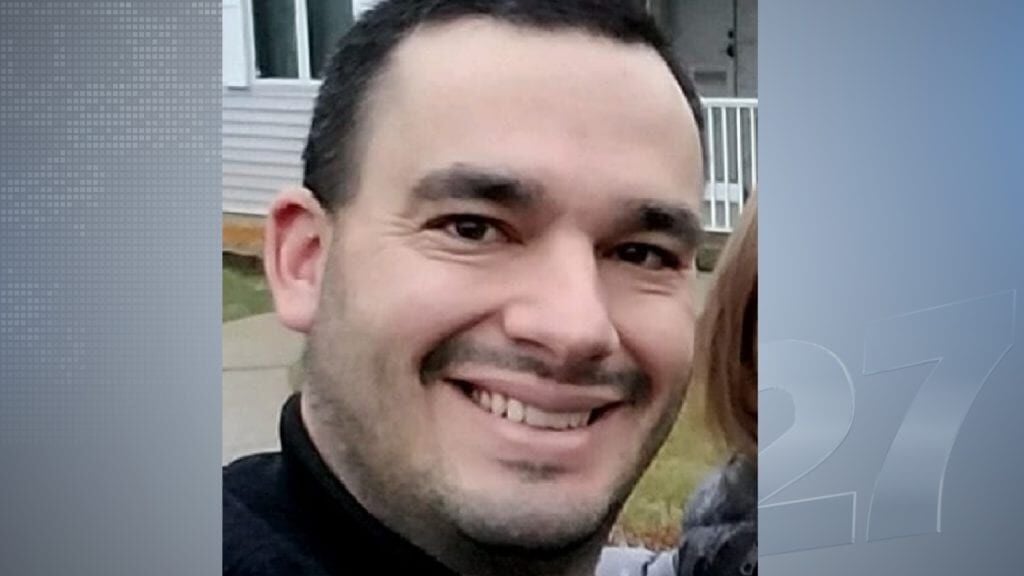 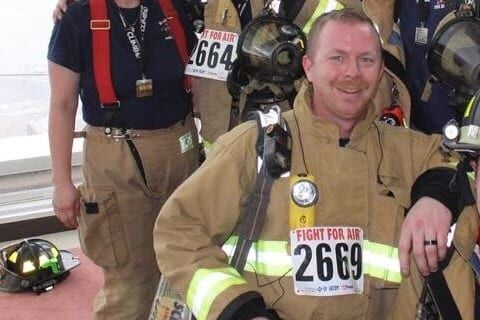 Sun Prairie firefighter Ryan Welch who was seriously injured in the July 10 gas main explosion. He was leading evacuations with Cpt. Cory Barr when a building exploded, killing Barr. 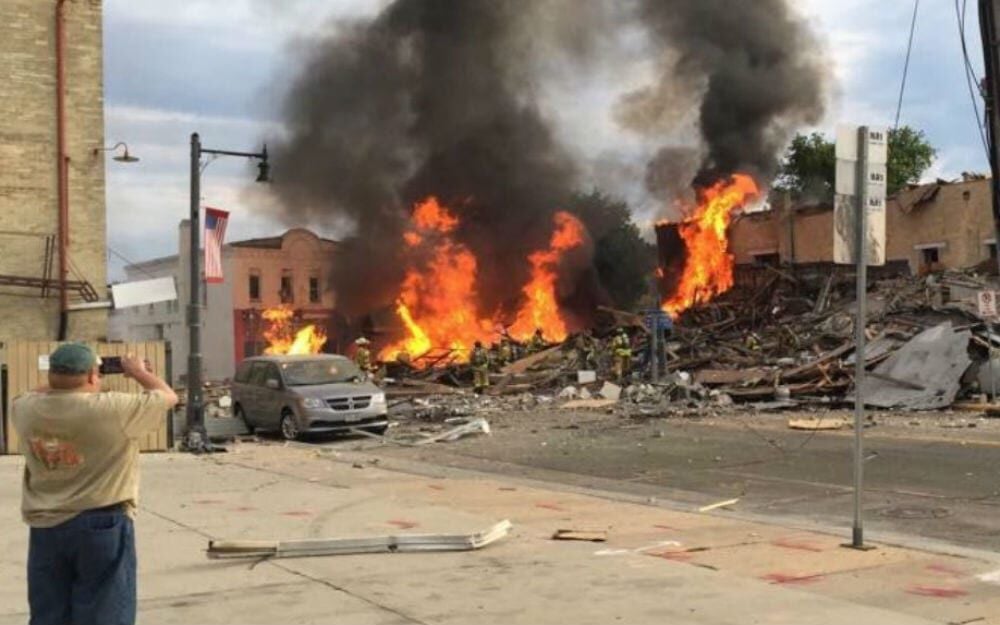 SUN PRAIRIE (WKOW) — The firefighter who died in a gas main explosion Tuesday in Sun Prairie was a veteran of the department and well known in the community.

Cory Barr, who owned the Barr House Tavern, was a captain in the Sun Prairie Volunteer Fire Department, according to numerous posts from friends and colleagues on social media. Barr died responding to the fire that destroyed his building along with several others.

Mahlon Mitchell, president of the Professional Fire Fighters of Wisconsin, on Wednesday identified Barr as the firefighter who was killed.

“The husband, the father of my children, a son, an uncle, a brother and so may other things was taken from this world tonight way too soon,” Barr’s wife, Abby, posted on Facebook according to a family friend.

“We lost a community member and friend to many here, Cory Barr in the tragic explosion and fire last night. Cory was the Captain of our Volunteer Fire Department, owner of The Barr House, father to two little girls, and husband to a woman who is now beyond devastated. Sad news,” read the post.

Patrick DePula owns a restaurant just down the street from the Barr House. He said he’s known Barr for several years. He said Barr was very proud of Sun Prairie and wanted to both preserve the city and transform it into a travel destination.

Authorities are still not officially releasing the name. That announcement is expected later today from the Dane County Medical Examiner.

Another firefighter was hospitalized in critical condition but later was upgraded to stable, according to Sun Prairie Police Lt. Kevin Konopacki.

Five other firefighters were transported to the hospital. Another was admitted overnight and three others were treated and released.

UPDATE (WKOW) — The firefighter who was in critical condition is doing better. The Sun Prairie Fire Department says that person is in stable condition and will survive.

UPDATE (WKOW) — One firefighter has died and another is in critical condition after an explosion in Sun Prairie.

Several other firefighters who responded to the scene of a gas leak also suffered minor injuries when there was an explosion.

The area is still not safe for people, so the 1/2 mile evacuation order is still in order.

UPDATE (WKOW) — Two firefighters and one police officer were injured when a building exploded in downtown Sun Prairie after crews responded to a report of a natural gas leak.

Several other people received minor injuries that were treated at the command post, according to police.

However, police can’t confirm yet that there are no further injuries or fatalities.

Lt. Kevin Konopacki said Tuesday evening that crews were called at 6:21 p.m. to a report of a natural gas leak at the corner of Main and Bristol streets.

After police and firefighters arrived on the scene and began to evacuate people, a building exploded shortly after 7 p.m., injuring one officer and two firefighters, who have been transported to the hospital. There is no word on their condition at this time.

The Barr House and Glass Nickel both sustained severe damage, according to Konopacki.

A contractor hit a 4-inch natural gas main, according to WE Energies spokesperson Amy Jahns. The work was not being done for WE Energies, Jahns said.

About 500 customers were without service Tuesday evening, Jahns said.

A five block area around the scene of the explosion was evacuated while crews attempted to contain the blaze.

An evacuation center has been set up at the high school, according to Konopacki.

27 News will continue live team coverage during Wake Up Wisconsin. Authorities plan to give an update at 5:30 a.m.

UPDATE (WKOW) — The Sun Prairie Police Department says firefighters are actively fighting a fire at Main Street and Bristol Street and are asking everyone living within a five-block radius to evacuate.

The Red Cross of Wisconsin says evacuated families can go to Sacred Heart Church & School, 219 Columbus St. for water, snacks and other resources as this situation develops.

Police say this is a rapidly evolving situation. They’re asking everyone to avoid the area.

Authorities called in mutual aid from other agencies in the area — fire, medical and law enforcement. They are also working with the Red Cross.

Field narrowed for race to be Rock County’s next sheriff