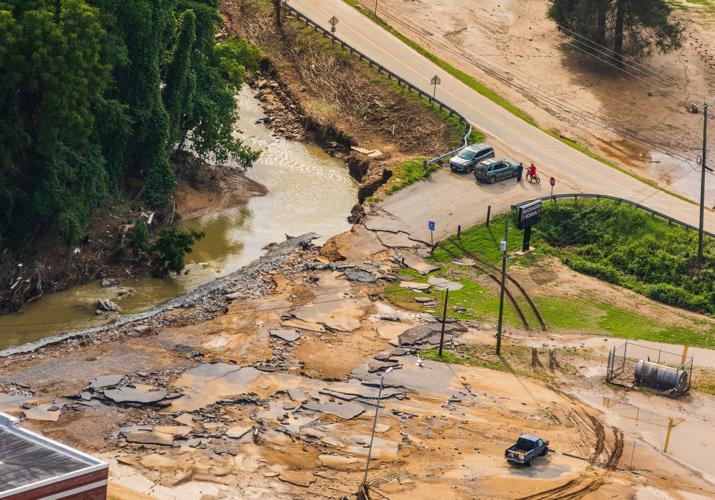 Swaths of eastern Kentucky that have already been saturated by days of rainfall and washed over by deadly floodwaters faced yet another night of flood risk going into August 2, in a region still grieving dozens dead and fighting to recover those who are missing. 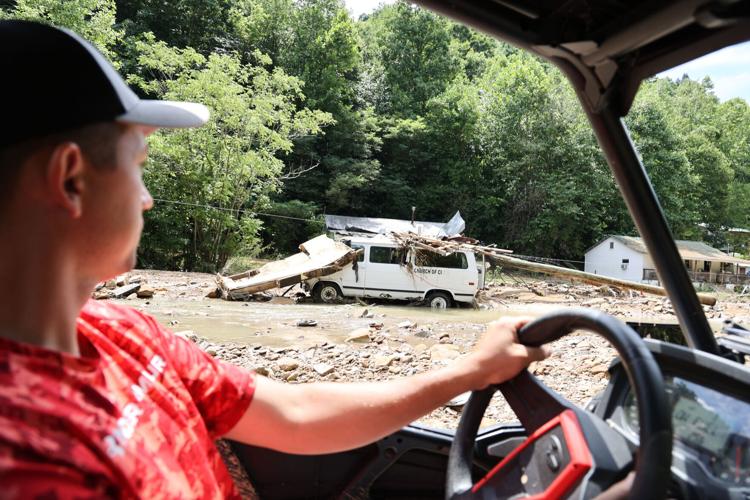 Swaths of eastern Kentucky that have already been saturated by days of rainfall and washed over by deadly floodwaters faced yet another night of flood risk going into August 2, in a region still grieving dozens dead and fighting to recover those who are missing.

Hundreds remain unaccounted for after last week's flooding that has killed more than three dozen in eastern Kentucky, the governor says -- and heat will soon compound the challenges for searchers already hindered by inaccessible roads and bridges.

"We are still looking for people, and sadly we are still finding those bodies," Beshear told CNN on Monday evening.

Rescue efforts have been complicated by washed-out infrastructure, officials say. Though cell service is being restored, some areas are still without it, leaving many unable to contact loved ones or emergency services.

Stifling heat won't help. Wednesday will be the driest day of the week, but that will allow temperatures to climb into the 90s. Because of the humidity it will feel like nearly 100 degrees, CNN meteorologists say.

"We still have back roads and county roads that are broken off, and our bridges are out. And so it's really difficult to get to some of the most remote places," Lt. Gov. Jacqueline Coleman told CNN Monday.

The challenges make it "nearly impossible" to get a grasp of the exact number of people still missing, Beshear said Monday.

Since it began last week, the flooding has devastated several counties and displaced scores of people from their homes. The strong floodwaters wiped houses from their foundations, snatched away entire livelihoods such as farms and businesses, and left residents with catastrophic damage to their properties, vehicles and belongings.

Rescue crews have been battling the weather for days as they work to reach trapped residents.

In one stunning video, an 83-year-old woman is seen being airlifted to safety by a Blackhawk helicopter in Breathitt County. A rescue team learned that she and four other family members were trapped in an attic Thursday, Wolfe County Search & Rescue Team spokesperson Drew Stevens told CNN.

The woman was unharmed, Stevens said, but a male family members suffered a broken collar bone and was taken to the hospital. He has since been released.

The disaster also knocked out essential power and water utilities, which repair crews have been struggling to restore because of dangerous flood conditions. At least 7,000 customers in eastern Kentucky were still without power early Tuesday morning, according to PowerOutage.us.

More than 25,000 service connections were without water Monday and an additional 44,119 were under a boil water advisory, according to the governor's office. Twenty-two water systems and 17 wastewater systems were operating at a limited capacity, the office said.

Flooding is just the most recent disaster to strike Kentucky, which has lost more than 16,000 people to the Covid-19 pandemic and is still recovering from a tornado outbreak that tore through the state in December, killing more than 70 people.

Beshear spoke at an event in western Kentucky on Monday for those impacted by the tornadoes and acknowledged that Kentuckians have been impacted across the state by deadly natural disasters.

"The flooding in eastern Kentucky has been hard, just like these tornadoes," he said, adding that natural disasters "tear at the fabric of who we are."

"I was at a breaking point the other night because that happens to all of us -- it's ok not to be ok," Beshear said. "We're going to get through it because we have to. We don't have any other choice."

The death toll from the flooding spans at least five counties and includes four siblings from Knott county who were swept away by the strong current. The children were identified to CNN by their aunt as siblings Chance, 2; Nevaeh, 4; Riley Jr., 6; and Madison, 8.

"I went to the location of what used to be their home yesterday," Beshear said of the family that lost the four children. "I stood there in front of what would have been their front door and I saw one of the kid's swings in the back. I think the oldest one would have been in second grade. They didn't even get the same time on this Earth as my kids have already enjoyed."

The governor launched a relief fund for victims of the flooding and those impacted, the Team Eastern Kentucky Flood Relief Fund, which will first go toward paying for the funeral expenses of those killed in the disaster. Beshear told CNN that families will not be required to go through an application process to get the funeral funds.

One killed near Lone Rock after crashing into rock wall