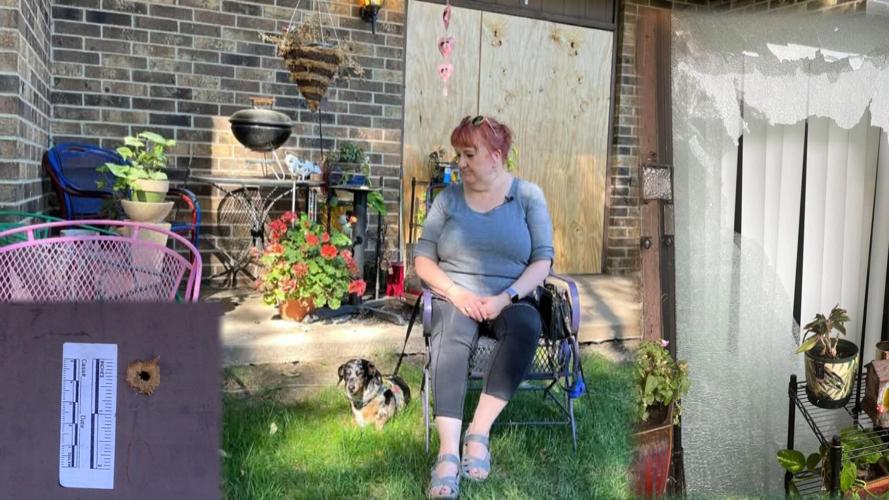 Pamela Woodward said she woke up to find her door shattered and bullet holes inside her home. 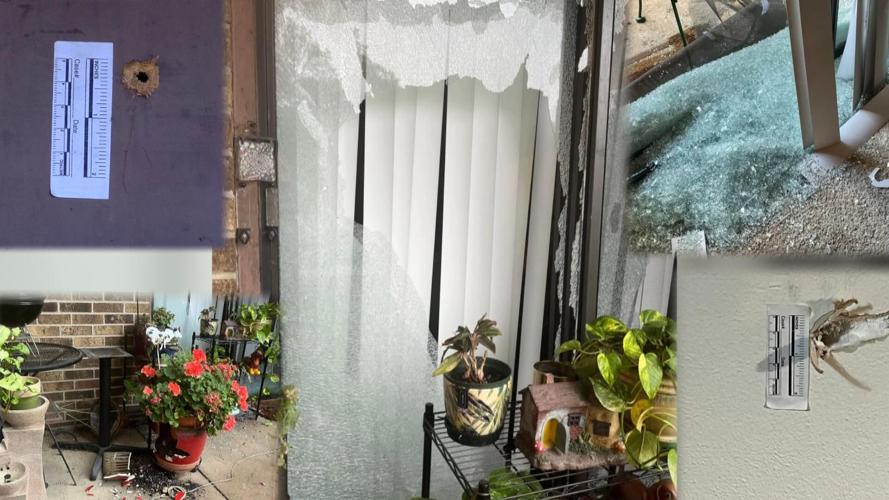 Woodward said her door, couch, plants and furniture were all hit by gunfire. 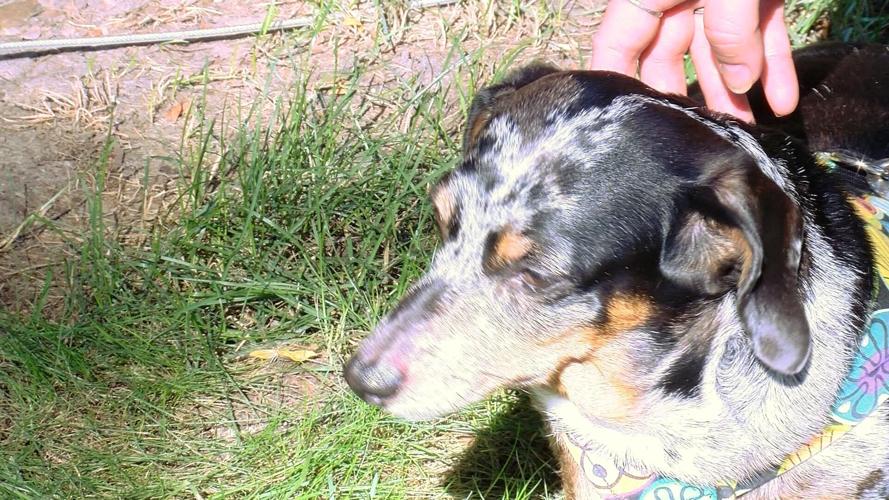 Woodward said she wasn't hurt and her dog Molly Sue was also not injured. 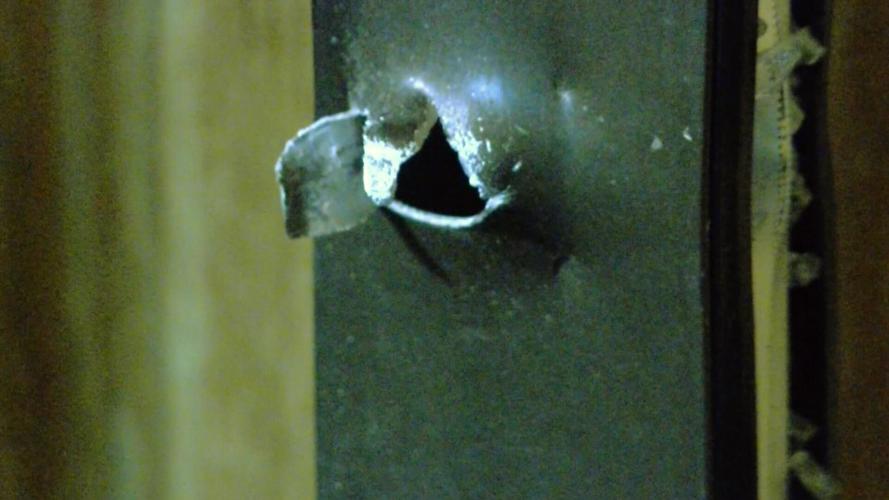 Woodward said bullet holes can be found in her wall, furniture and door. 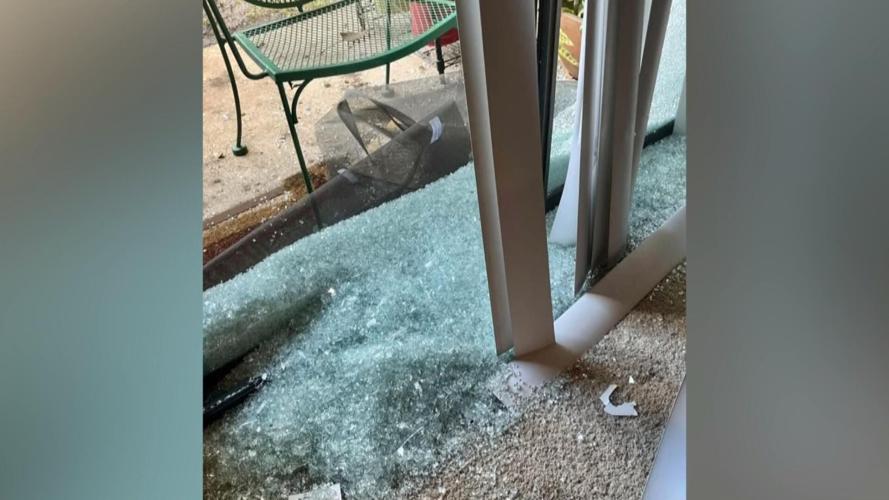 Woodward said she woke up and found glass all over her living room.

MADISON (WKOW) — The Madison Police Department is investigating after a woman's apartment was struck by gunfire last week.

According to police, they responded to a report of shots fired at an apartment complex on the 1900 block of Brittany Place on August 24.

However, the next morning a woman from the same complex called to report damage to her apartment from apparent gunshots.

Pamela Woodward said she woke up to find bullets had entered her home while she was asleep in bed.

"I mean I came that close to having a bullet in my head," Woodward said.

It was close call and some would even say she's lucky to be alive but Woodward said lucky is the last thing she feels.

"The blinds were shot to bits and I thought well that's weird and then I came around the corner and I'm like...," she remembered.

Woodward said she couldn't believe her eyes when she saw her glass door and everything in it's path were all hit by gunfire.

Pointing to the broken planters and door, she described the scene she woke up to.

Earlier that night Woodward said she went to bed early, which is something she doesn't normally do. Leaving the couch and moving to her bed could be the reason she's still alive.

"Shots here and there in my furniture and in my walls and there's a shot right through the couch right where I was sitting and the bullet is still in the wall," she explained.

She said she believes the person firing the gun was on foot but can't imagine why they would shoot at her apartment.

"And then you think 'god I hope I wasn't targeted' but there's no reason I would have been," she added. "I haven't pissed off anyone that badly."

Pamela has this message to whoever fired those shots.

"Please stop, please stop," she pleaded. "They have children too, they have parents too, how would they feel if their mother was shot at through her patio door?

With her best friend Molly Sue by her side, Woodward said they are trying to pick up the pieces and figure out where to go from here. In the meantime she said she is hunting for affordable housing while waiting for her door to be fixed.

Madison police are still looking for those responsible. If you have any information you can call Madison Area crime stoppers at (608)-266-6014.

Rain ahead of a big cool down

'This is the top tier': Badger nation has mixed emotions about Luke Fickell joining the team

UW volleyball earns No. 1 seed in NCAA Tournament, will host Quinnipiac in first round