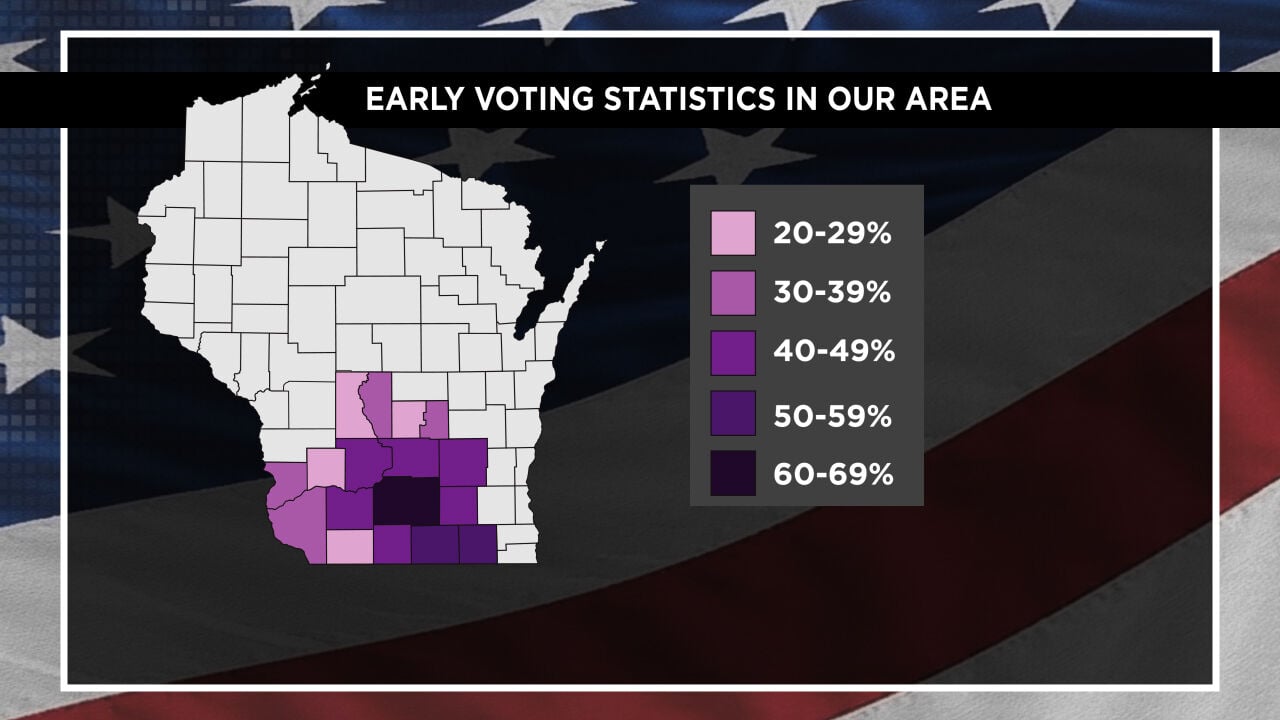 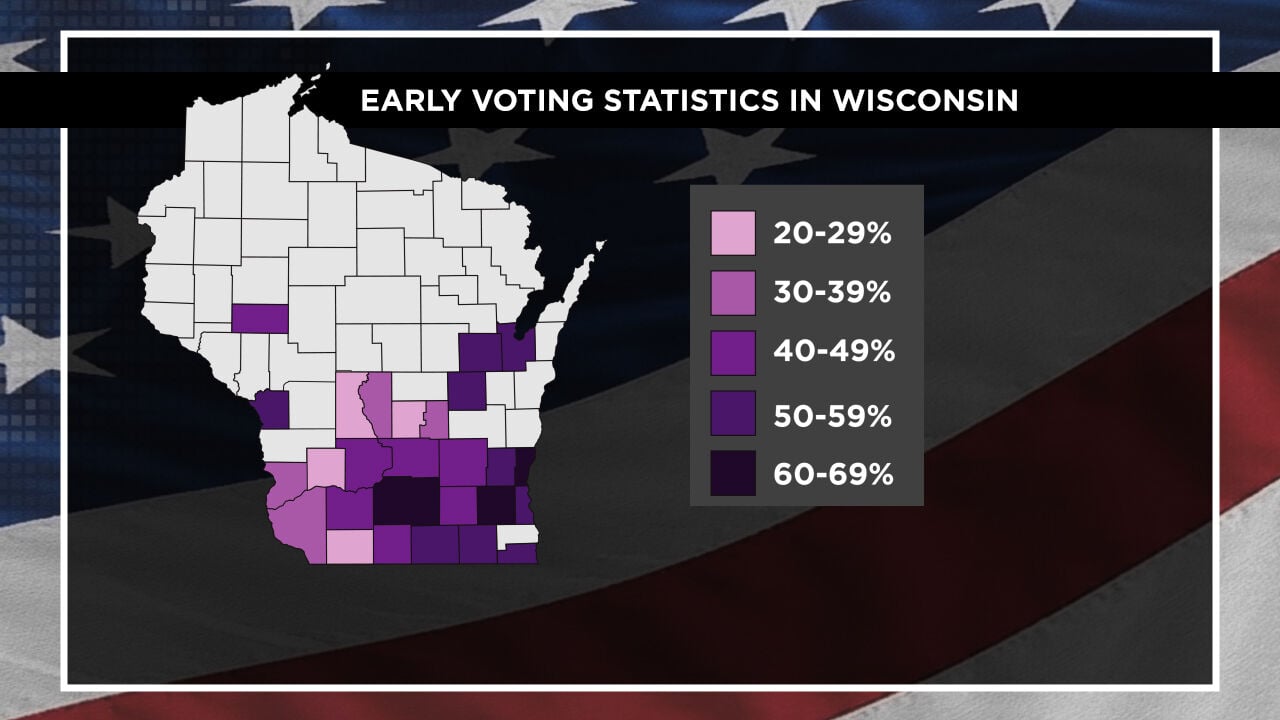 UPDATE (WKOW) — As of 7 a.m. Wednesday, Joe Biden holds a slim lead in Wisconsin over President Donald Trump in a presidential race that remains too close to call.

MADISON (WKOW) -- Just over half of all registered voters in Wisconsin have already voted ahead of the presidential election Tuesday.

As of 7:30 a.m. Monday, the Wisconsin Elections Commission is reporting nearly 1.9 million people have returned their absentee ballots or voted in person. Another nearly 200,000 absentee ballots have not been returned yet.

There are more than 3.6 million people who are currently registered to vote in Wisconsin. That means about 51 percent of registered voters have voted already.

Some of the counties seeing the biggest turnout in early voting are Dane with 63.6 percent of registered voters who have already cast their ballots. Nearly 250,000 people voted absentee.

In the 27 News viewing area, Rock, Walworth, Jefferson, Iowa and Columbia counties are at roughly 50 percent of registered voters who have already voted.

Early turnout is under 30 percent in areas like Juneau, Lafayette, Richland and Marquette counties.

Ozaukee and Waukesha counties have seen roughly 63 percent of registered voters turning out to vote early. Washington has about 58 percent. Those three are known as the "WOW counties," which have strongly supported Republican candidates in previous elections but Democrats have been gaining ground there in recent years.

The BOW counties, near Green Bay, also have seen more than half of all registered voters who have voted absentee.

Milwaukee County has more than 56 percent of registered voters already in the books.

These numbers are likely to change in the next two days, as more people submit completed absentee ballots. Those can be dropped off at your polling place on election day. Plus, voters can register to vote on election day.