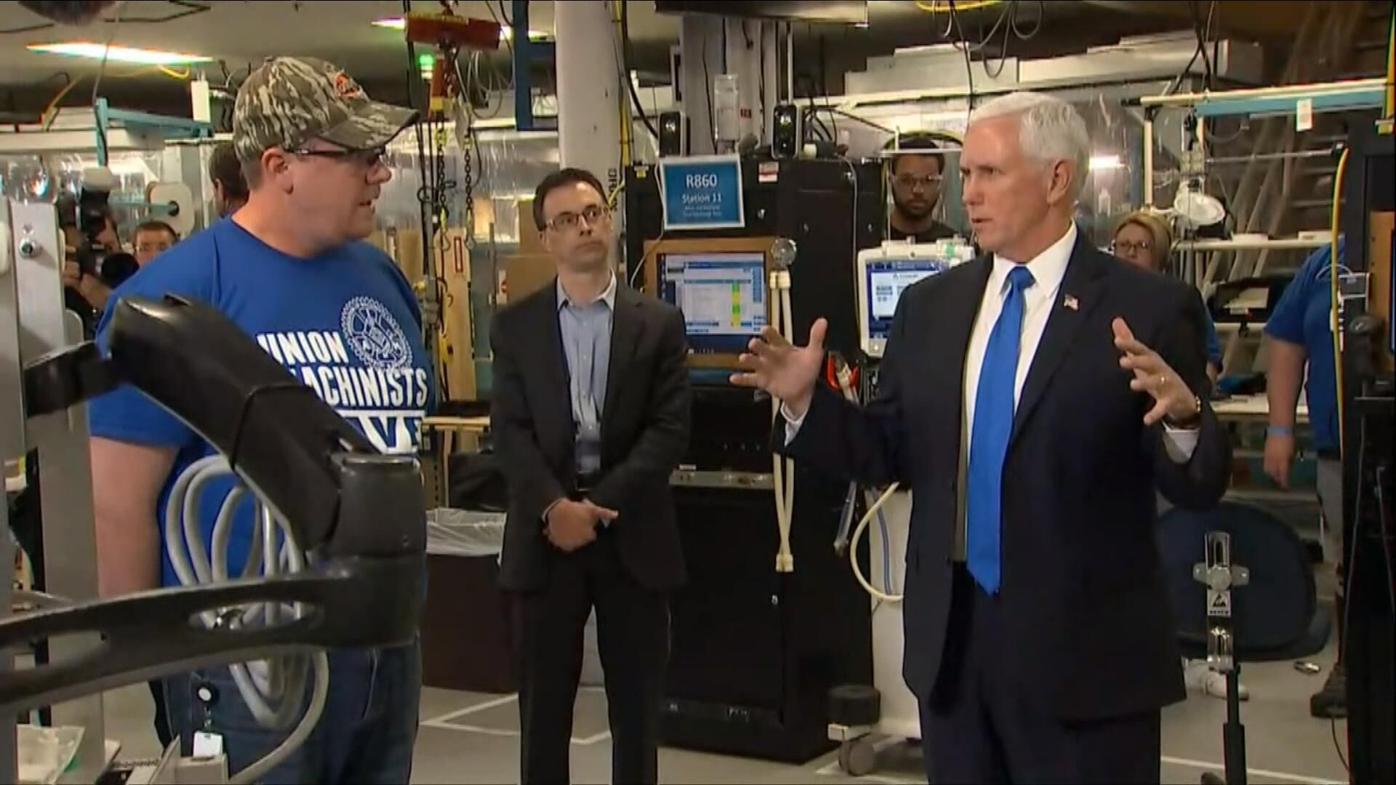 Numbers released by the Trump administration

During his visit, Pence toured the facility and was a part of a brief roundtable discussion with employees. He thanked GE Healthcare for their efforts who have recently moved to three shifts, operating 24/7 to increase production of ventilators.

“Thank you for your work,” Pence said to employees. “With our great health care workers having this equipment you provided we are meeting this moment, we are seeing a decline in cases and we may well be in the position to help other nations.”

Pence said the United States will reach a target to manufacture 110,000 ventilators in 100 days. The VP also told employees he will make sure the federal government continues to send the supplies needed to scale and increase production.

“There's no question in my mind what you're doing, we’ve had the equipment our dedicated health care workers needed to provide health care to our families struggling at this epidemic,” said Pence.

His visit was met with criticism by Democrats accusing the Trump administration of failing to send enough equipment to fight the virus.

Congressman Mark Pocan (D-Black Earth) held a media call with reporters ahead of the VP’s visit saying the state has only received a fraction of the supplies Gov. Tony Evers requested.

“The federal government response has been pathetic to where we needed to be and quite honestly FEMA has completely fallen apart as an emergency management agency in getting the things we need in Wisconsin,” said Pocan.

The White House provided a list of supplies sent to the state so far, as well as what’s been purchased from other vendors.

Those numbers showed Wisconsin received 371,000 N95 respirators through public-private partnerships and about 165,000 from the federal stockpile as of April 17th.

An inpatient nurse is Madison also spoke to reporters on Tuesday ahead of Pence's visit saying they are facing shortages every day, being forced to reuse face masks.

"It is outrageous that health care workers continue to show up for a battle against a deadly virus without the protection, resources, and support that we need to safely do our jobs," said Shari Singer of Madison.

Former Vice President Joe Biden also chimed in on the visit saying in a statement Trump has had a “slow and erratic response” to the pandemic and accusing Pence of using the state as a backdrop for a “political photo opportunity.”

Democrats push for redistricting proposal again, Governor Evers on board