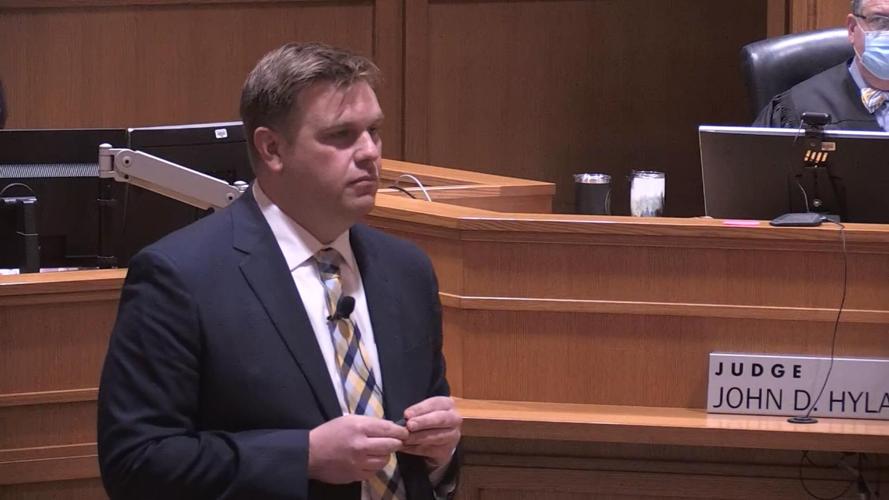 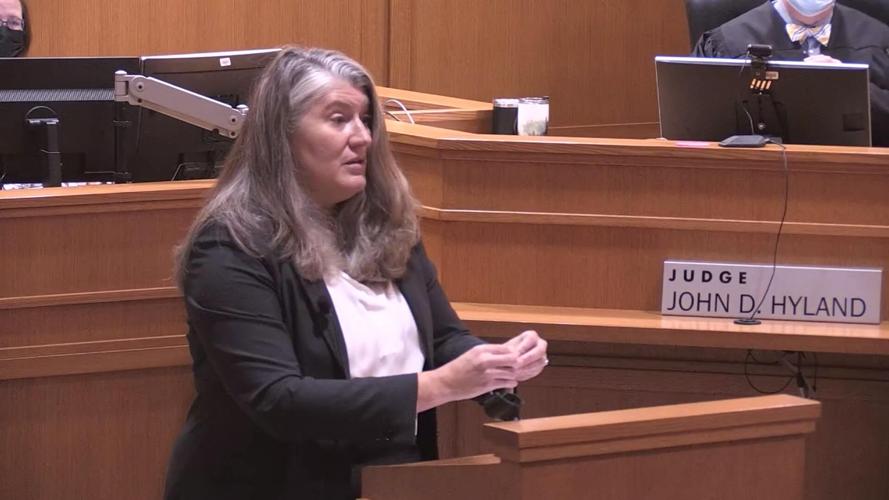 MADISON (WKOW) - In his opening statement Tuesday in the homicide trial of Chandler Halderson, a prosecutor said Halderson's father was about to expose his son's lies about school attendance and other lifestyle aspects just before the father was murdered.

"There was no way out of his lies," Dane County Deputy District Attorney William Brown said about Halderson's predicament, as Halderson's father learned a meeting connected to Halderson's alleged attendance at college was fictitious.

Halderson, 23, is on trial for the killings of his parents, Bart and Krista Halderson of Windsor and the dismemberment of their bodies in July.

Brown also told jurors evidence showing damage to a fireplace at the Halderson home came from the burning of the victims' remains when Halderson was the only family member still living at the home.

Dane County Sheriff's Deputy John Nelson testified he interviewed Halderson July 8 after Halderson reported his parents had traveled to a cabin in Langlade County and were missing.

"There was no sense of urgency," said Deputy Josh Seeley, who also interviewed Halderson after his missing person's report. Seeley also testified Halderson said his father left for the trip designed to make cabin repairs with $4,000 in cash.

Detective Brian Shunk testified he reviewed a reassuring email Halderson said he received from his mother after they reached the cabin. But Brown said cell phone data shows the email was sent from the Halderson's Windsor home, and investigators found Krista Halderson's phone hidden at the home.

Halderson's brother, Mitchell Halderson testified the death of his parents makes him eligible for $1 million in life insurance payments, but said he had nothing to do with their demise. Halderson said the life insurance policies also identified his brother as a beneficiary.

Mitchell Halderson said he went to Langlade County after learning from his brother his parents' trip to the cabin took place before their disappearance.  "I needed to do something," Halderson said.  Halderson said he and Sheriff's deputies found no sign of the missing couple.

Brown said some of Krista Halderson's remains were found in rural Roxbury at the same place Chandler Halderson was previously photographed.

But Halderson's attorney, Assistant State Public Defender Catherine Dorl urged jurors not to assume anything about Halderson's lifestyle and what happened to his parents.

"Chandler Halderson did not murder his parents," Dorl said.

But Dorl also told jurors she may concede at the end of the trial that Halderson committed some crimes, but not the homicides. Halderson is charged with lying to police about the whereabouts of his parents.

Brown asked the jurors to convict Halderson at the end of the trial and "finally bring some much needed truth to Chandler Halderson."

The trial is expected to last at least three weeks.

Vehicle with 8 people inside rolls in Columbia County, injuries reported

US 14 in Mazomanie back open after crash