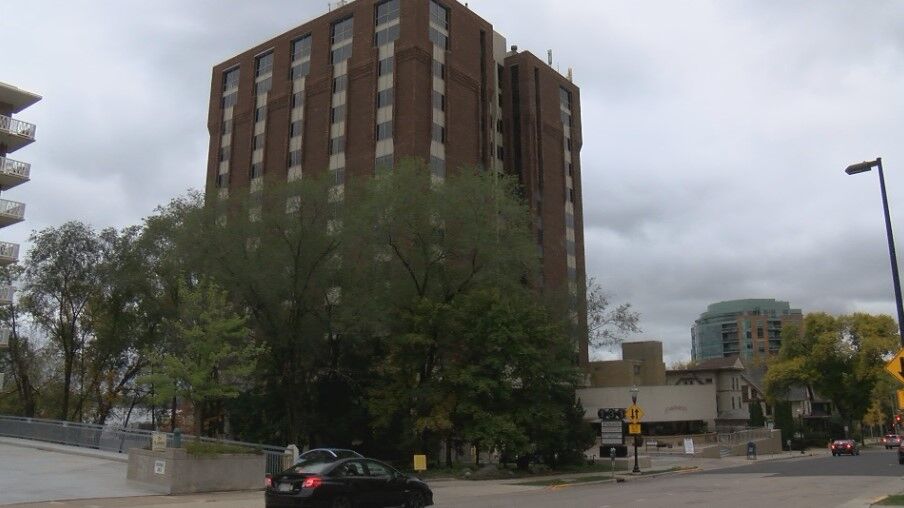 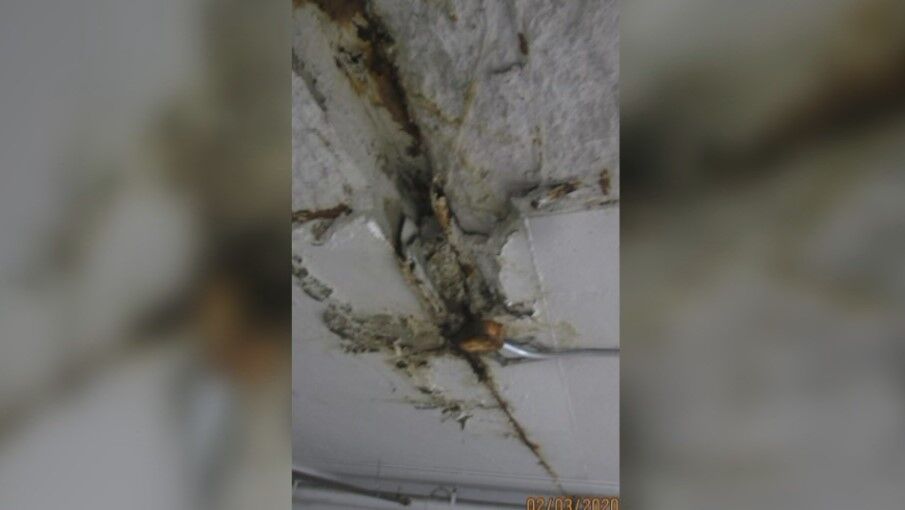 Damages inside of the parking structure (Source: City of Madison Building Inspections) 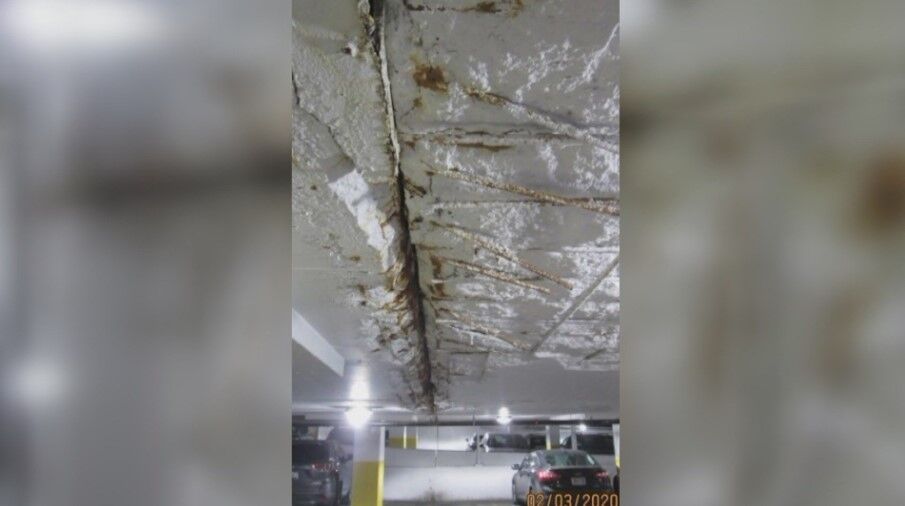 Damages inside of the parking structure (Source: City of Madison Building Inspections)

MADISON (WKOW) -- Dozens of documents spanning the last five years reveal a history of absence and neglect for repairs from the owners of a building in downtown Madison.

The commercial building at 131 W. Wilson Street was unexpectedly shut down for emergency repairs in September and contains a number of law offices and Paisan's Italian Restaurant.

"You know communication has not been the best," Paisan's owner Ed Shinnick said of the building's owners. "We were aware in 2018 that this was happening and they kept going 'we're gonna fix it, we're gonna fix it' and we're going 'okay.'"

The building sits on top of a garage that city inspectors say has shown "significant deterioration" within the past five years.

"Around 2016, the property owner, to the best of our knowledge, commissioned the original engineering report, because of the deteriorating conditions in the parking garage that they were aware of," City of Madison Building Inspector Kyle Bunnow said. "And so that's kind of the original report that was started."

The report cites numerous damages within the building and provides photos and cost estimates of needed repairs. The report recommends a nearly $8 million restoration project, but despite the recommendations, building owners did not act. 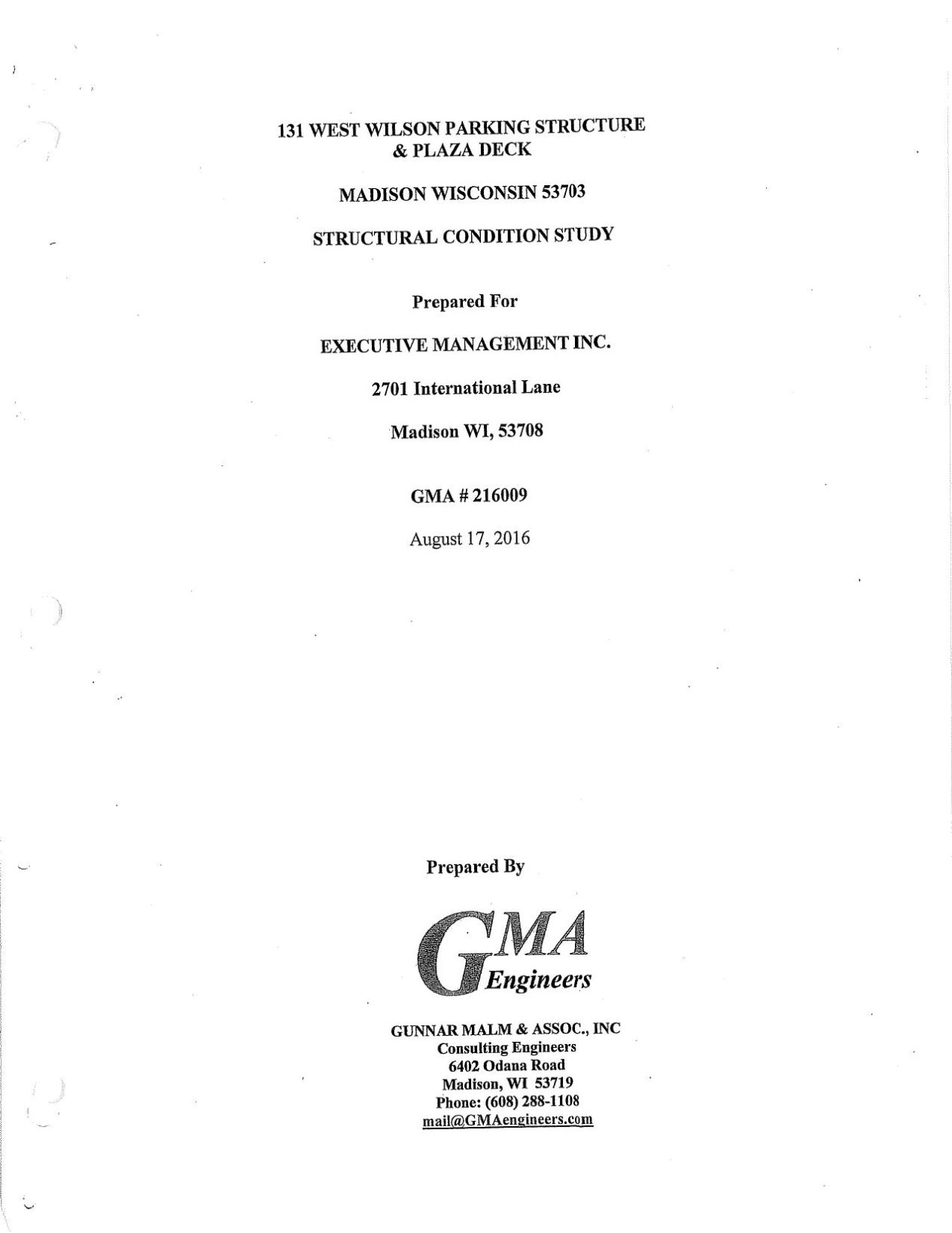 "What we do know is that really, there wasn't a tangible action that was taken towards repairing the garage," Bunnow said.

"We followed up on it and issued orders to the property owners to take necessary steps to make whatever repairs are required to bring the garage up to appropriate standards," Bunnow said. "That order did not get followed through on by the owner. They did not complete the necessary repairs, as we're aware of." 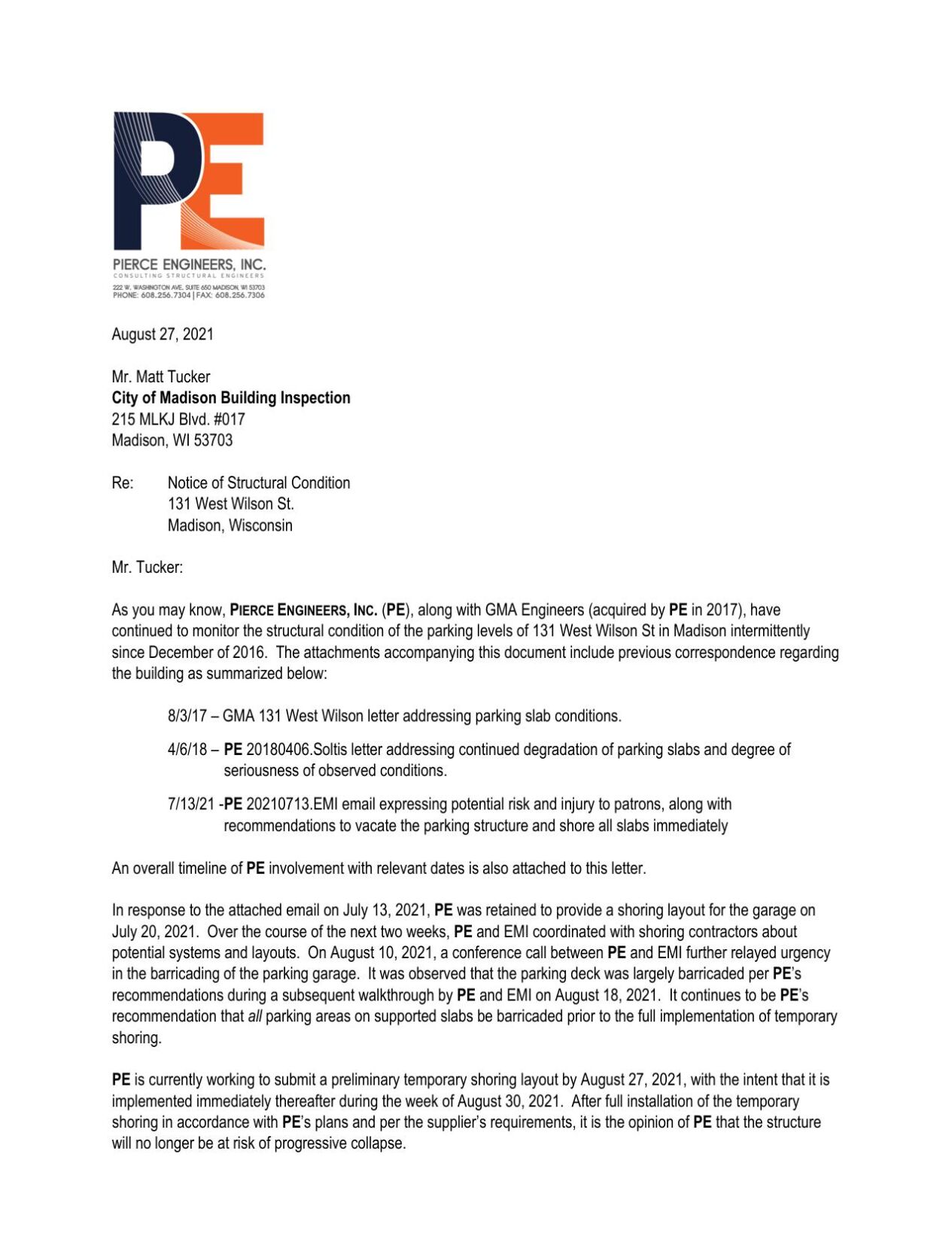 In 2020, building inspectors returned to the building to follow up on necessary orders. They documented severe damage to the parking structure through written reports and photographic evidence. 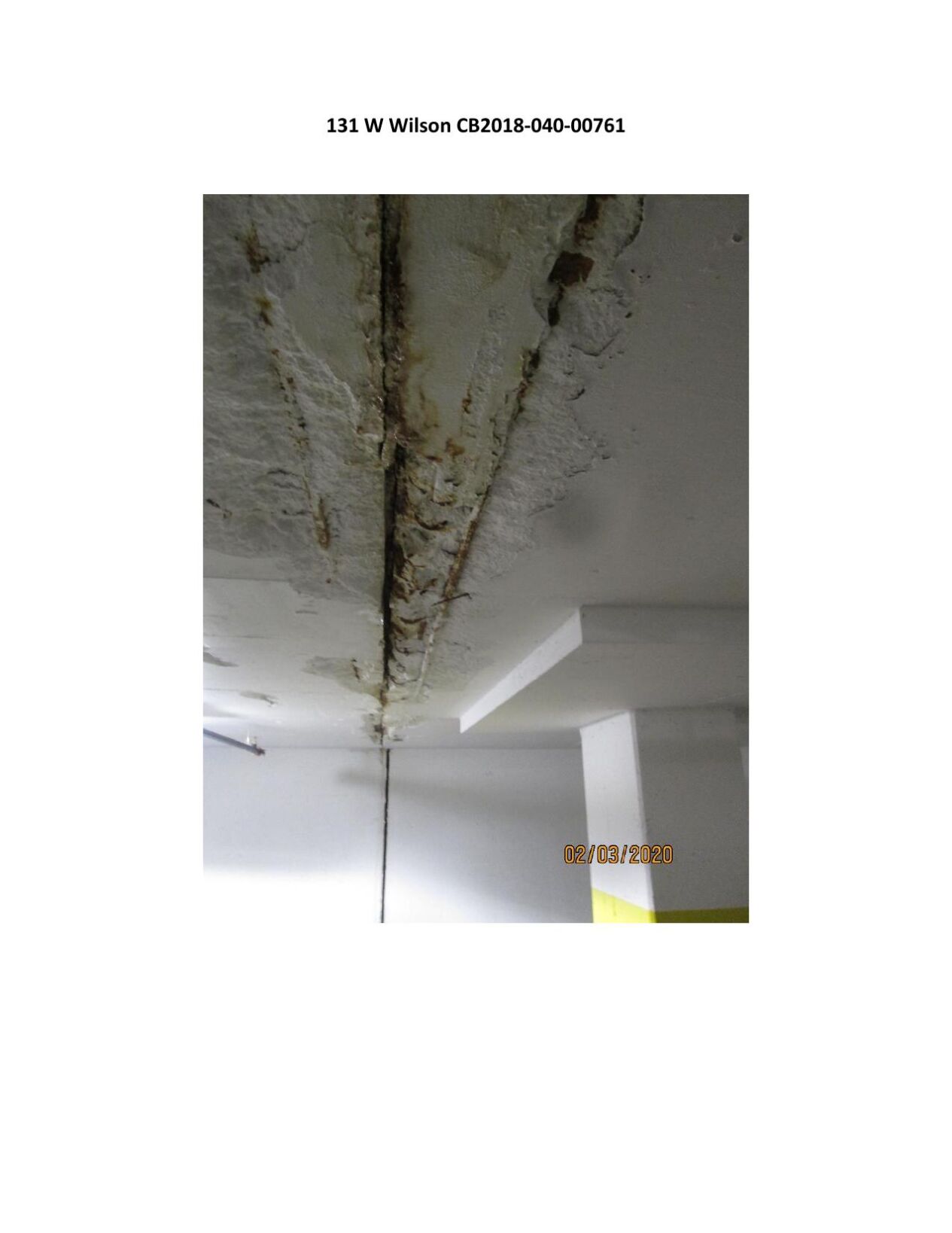 "So what happened from a building inspection perspective is that we referred that case to the city attorney's office and asked for them to prosecute the property owner to try to compel them to make the necessary repairs," Bunnow said. 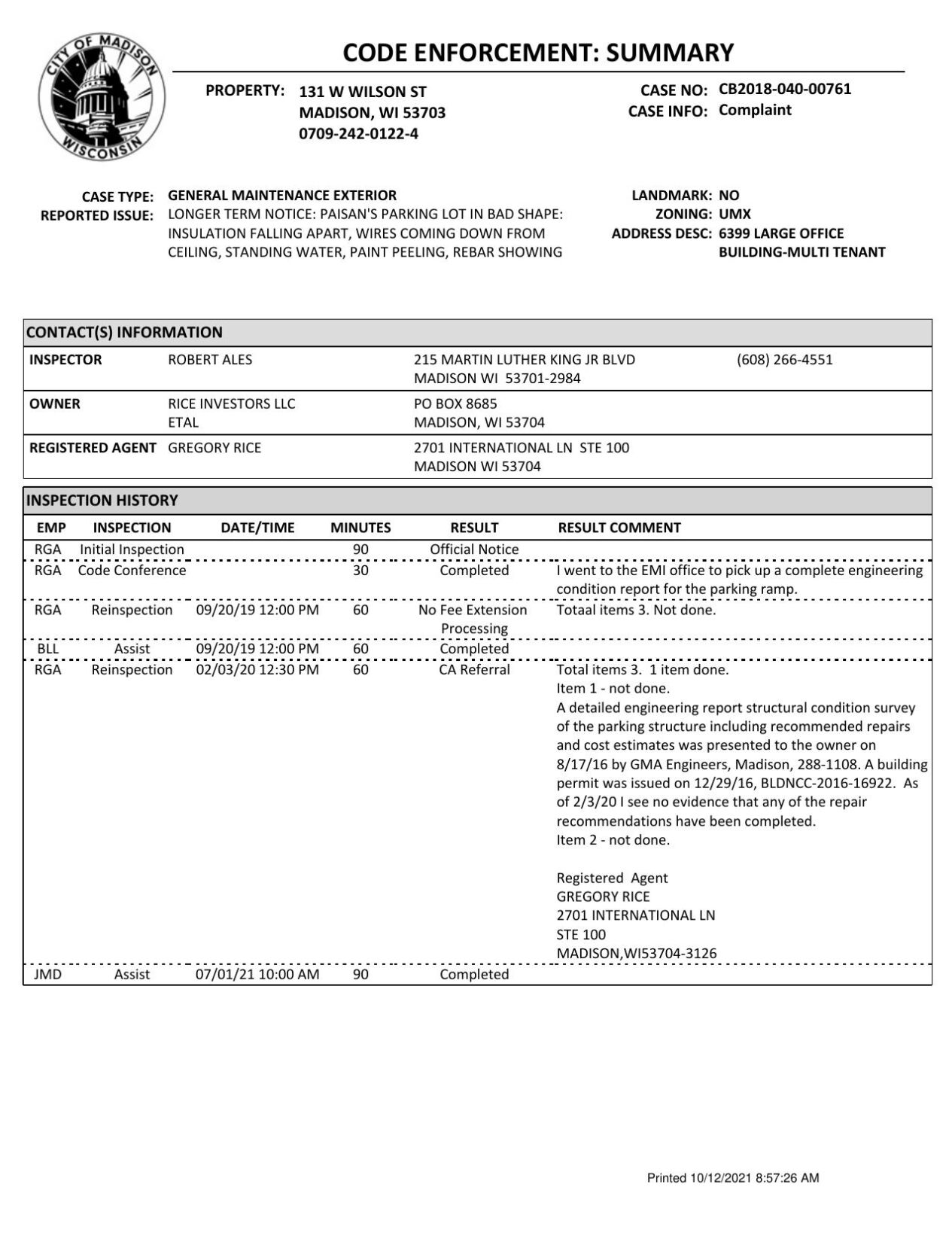 Meanwhile, inspectors also found that the structure continued to deteriorate.

Bunnow says building owners approached a separate, private company without the city's knowledge. He says the private engineering company was so concerned with the structural integrity of the building that it brought its information to the city inspector's office.

"We had requested that an engineer evaluate the structure as well, and that happened simultaneously," Bunnow said. "The concerns from the engineering firm matched our observations, which were the conditions of the property were deteriorating significantly."

The significant deterioration led the city to order "drastic action" by ordering building owners to shore up the building to ensure that it was safe. The city ordered tenants to vacate the garage of vehicles in August 2021 for emergency repairs.

During shoring, columns are placed within the parking structure that otherwise would not be there in order to support the weight of the decaying structure.

"Around the time we became aware of this, we also received a concern from some individuals in the building where they had felt just an unexplained movement or an unexplained shudder," Bunnow said. "We don't believe that a train was going by or that there was something that would have caused for that to occur. So knowing what we knew about the structure, concern, combined with observations that were made by the individuals in the building, we felt like it was in the best interest of the public in the safety of all of individuals to have the building vacated."

Tenants were vacated on September 10 with little to no warning. Initial estimates suggested that residents would be able to get back in the building within 15 days, but more than a month later, they're still waiting.

Tenants within the building say they've been left in the dark during the entire process.

"I got less than an hour notice to vacate the premises," said one tenant who wished to remain anonymous. "I got phone calls and emails into the landlord and it's been radio silence."

Building inspectors said Tuesday that they expected repairs to be completed "soon" that would allow for safe return to the building, but weren't able to provide a specific timeline.

27 News made multiple attempts to reach the building owners over several months, but have yet to receive a response.