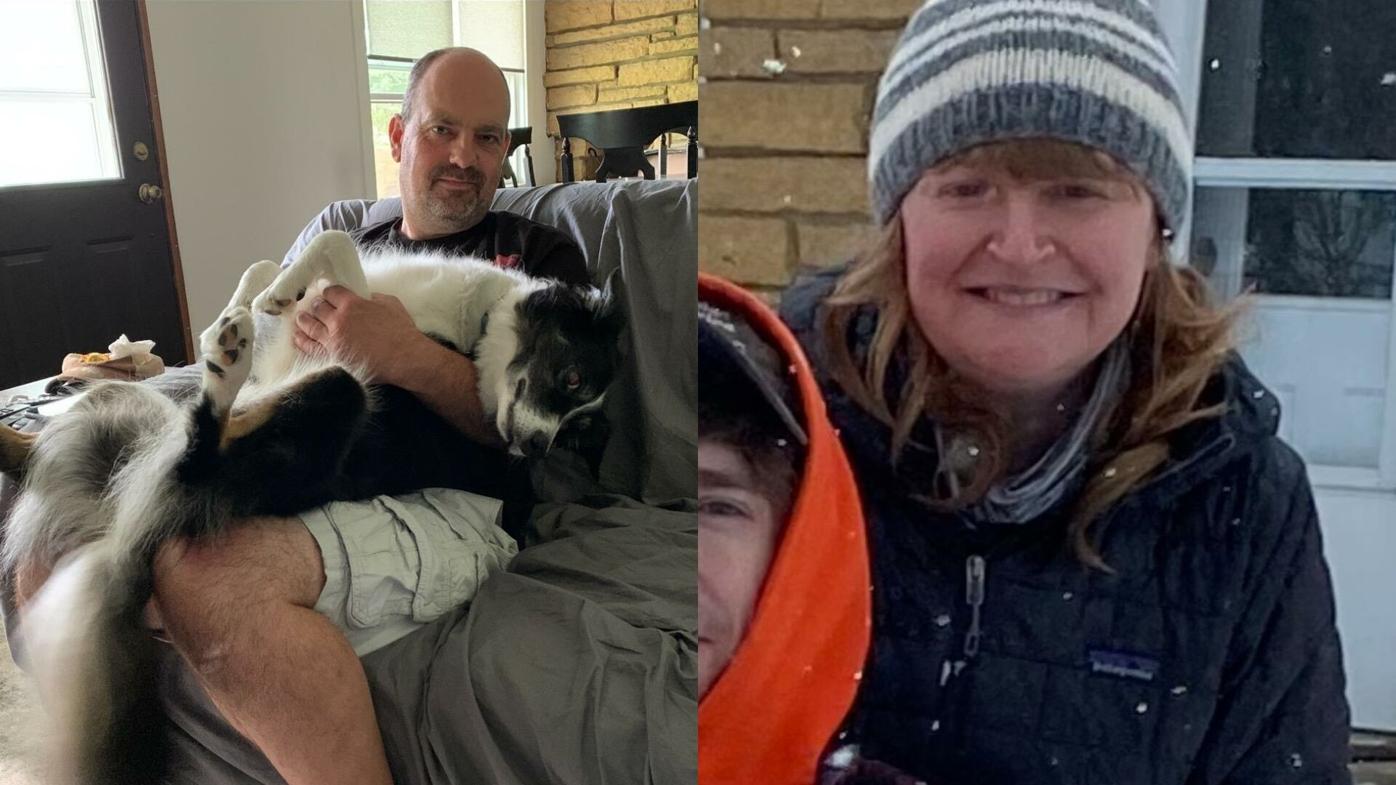 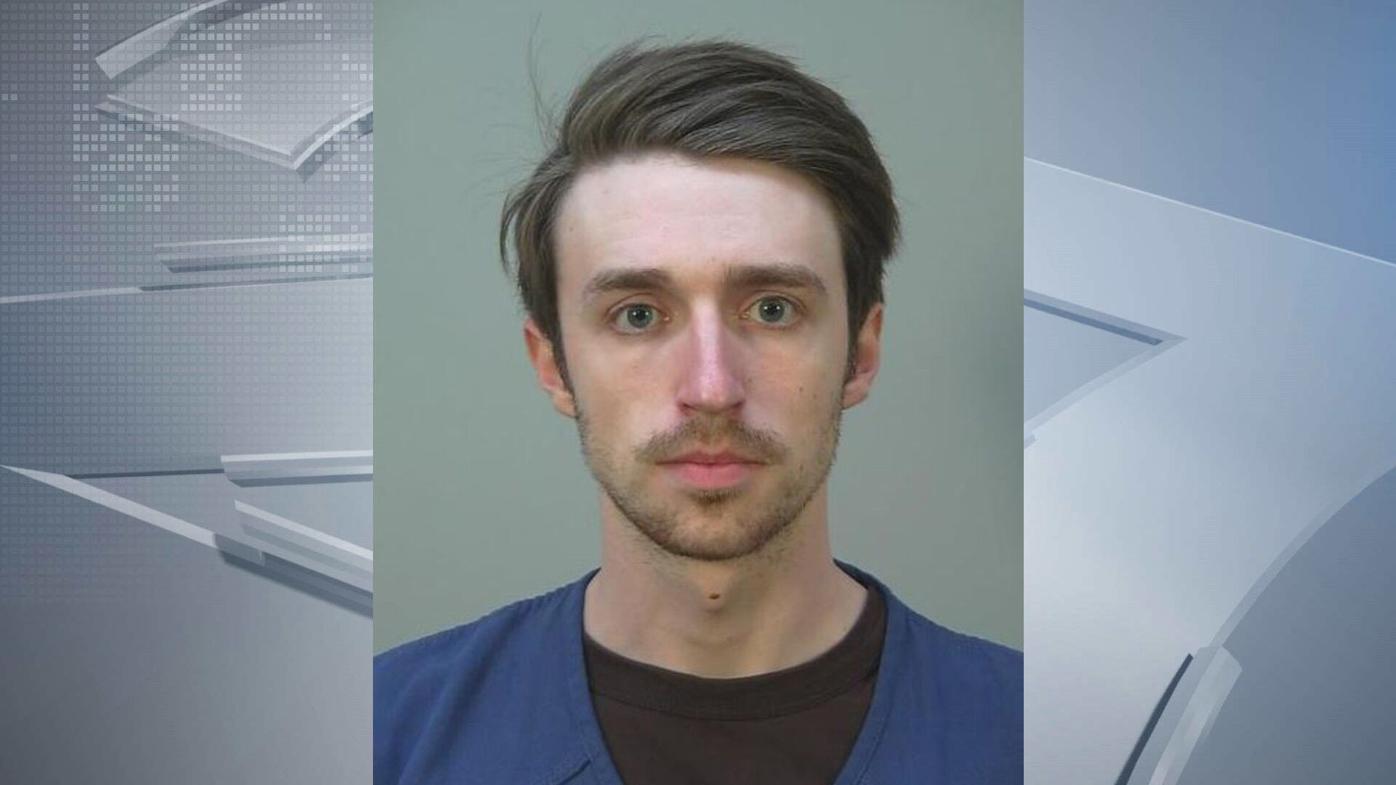 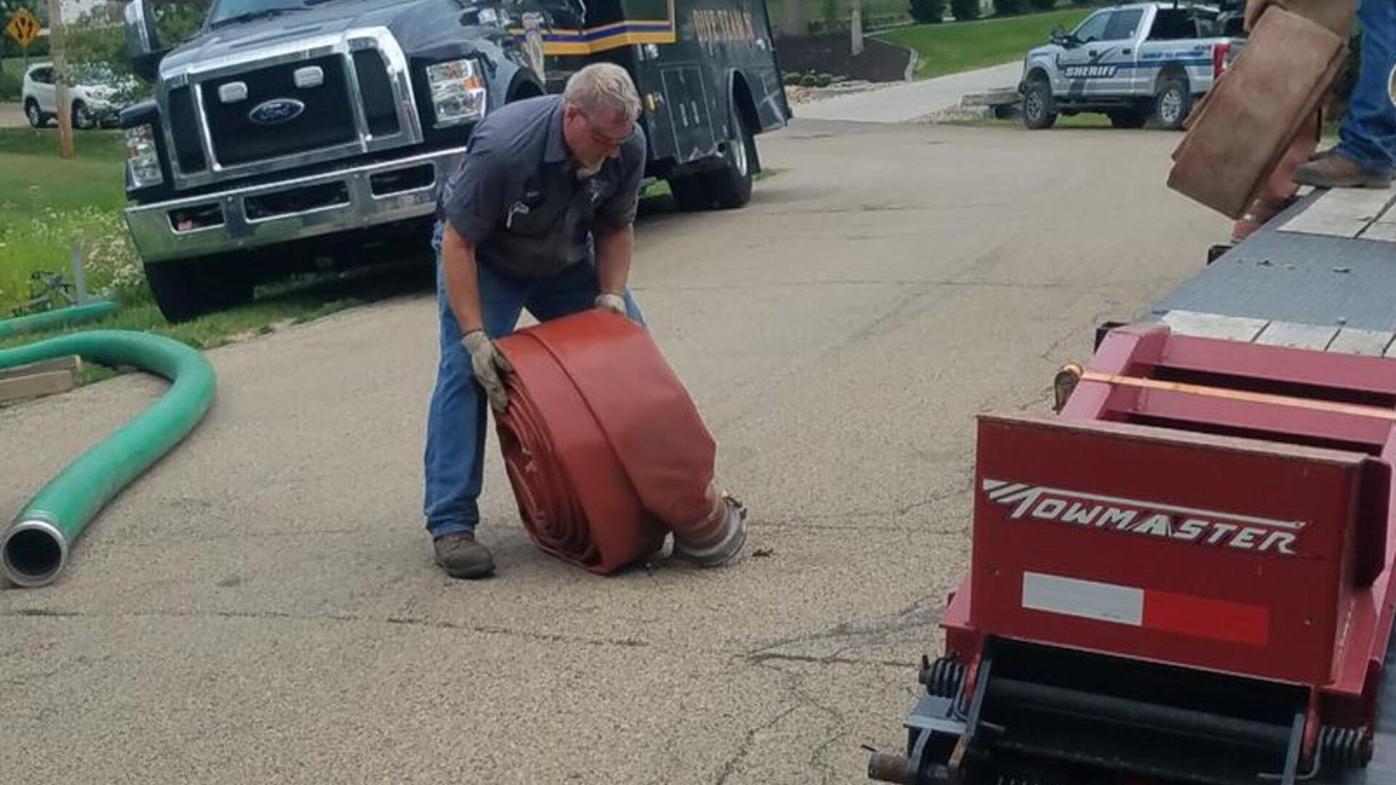 Workers preparing to drain the pond behind the Halderson home 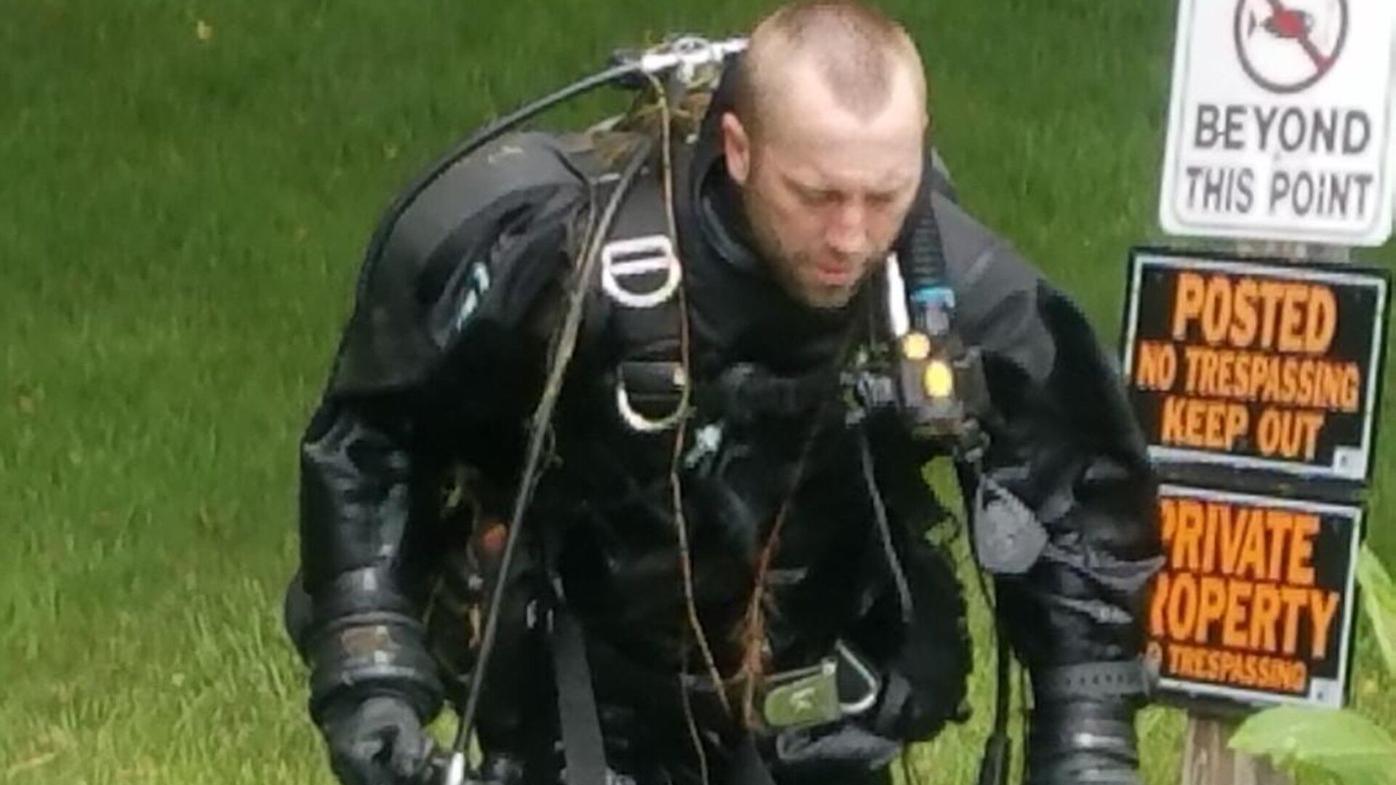 Diver returns from search of pond behind Halderson’s home. 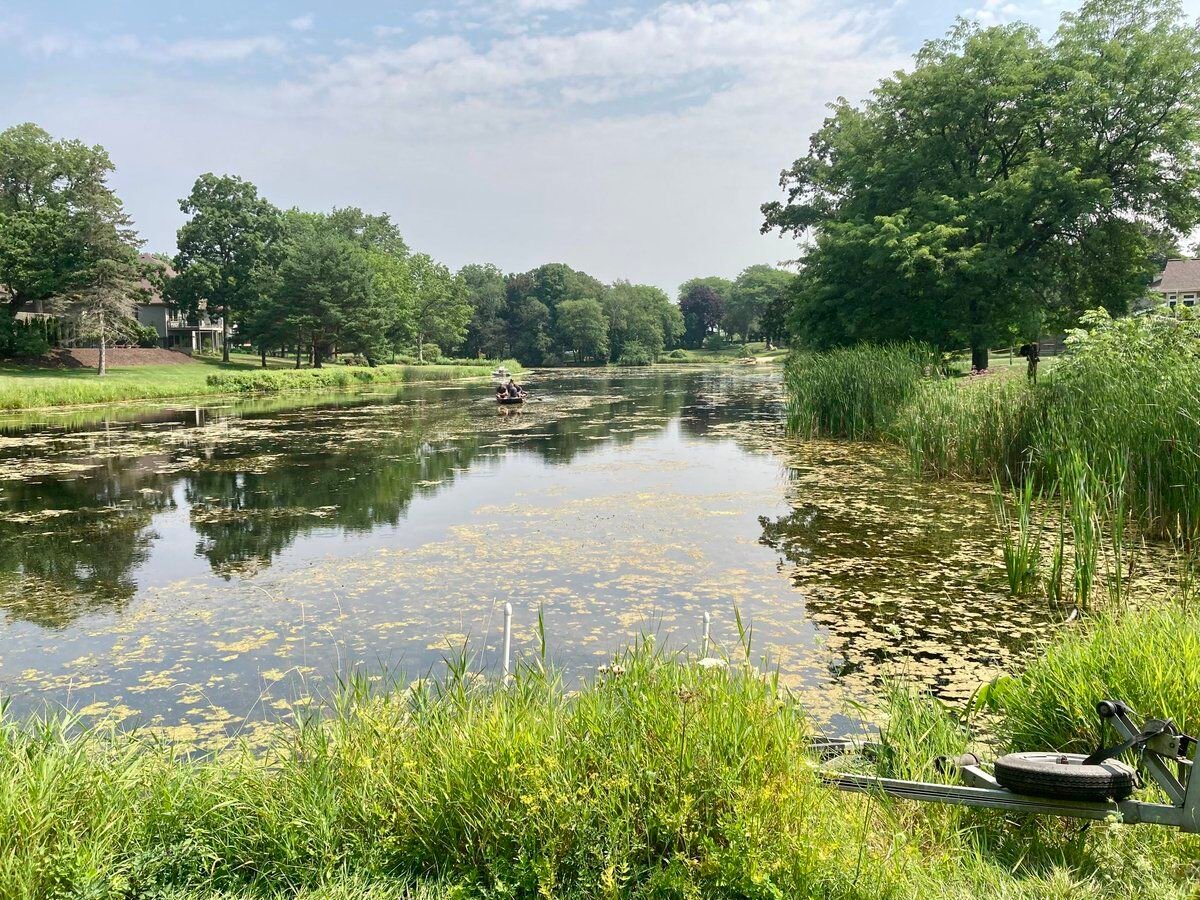 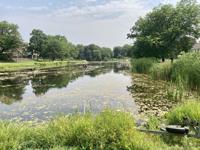 Pond behind the Halderson house 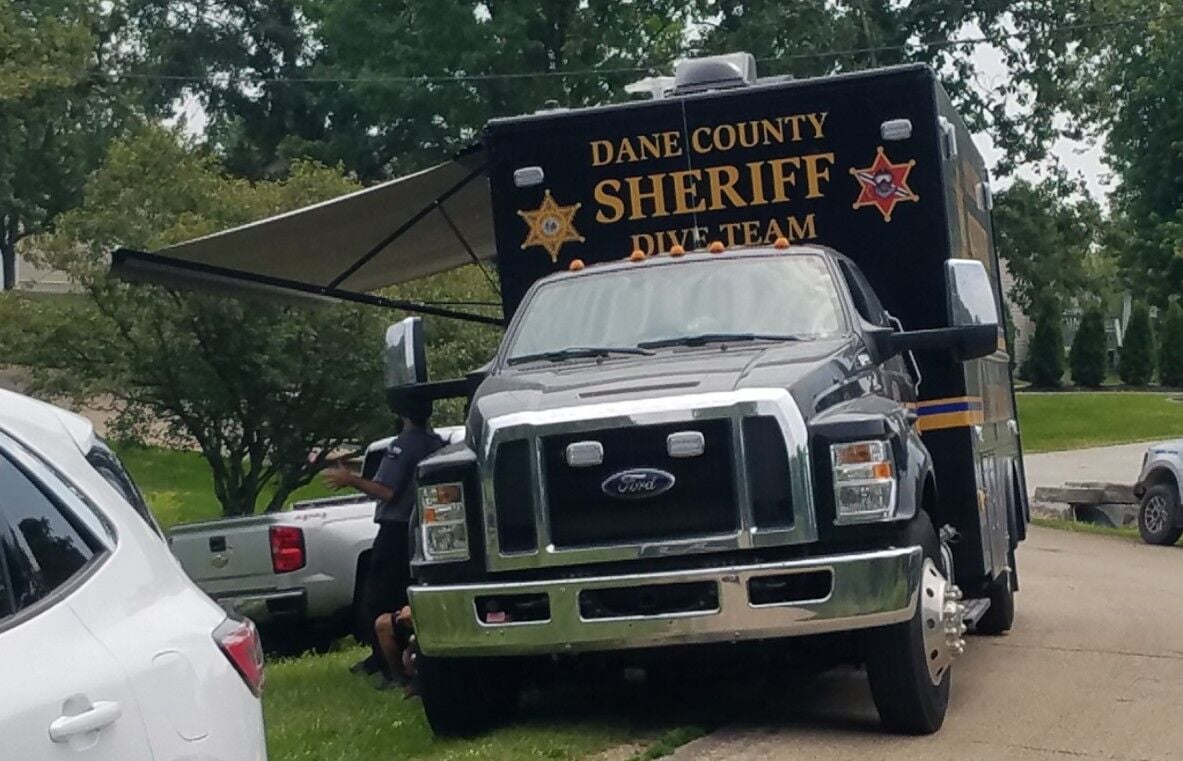 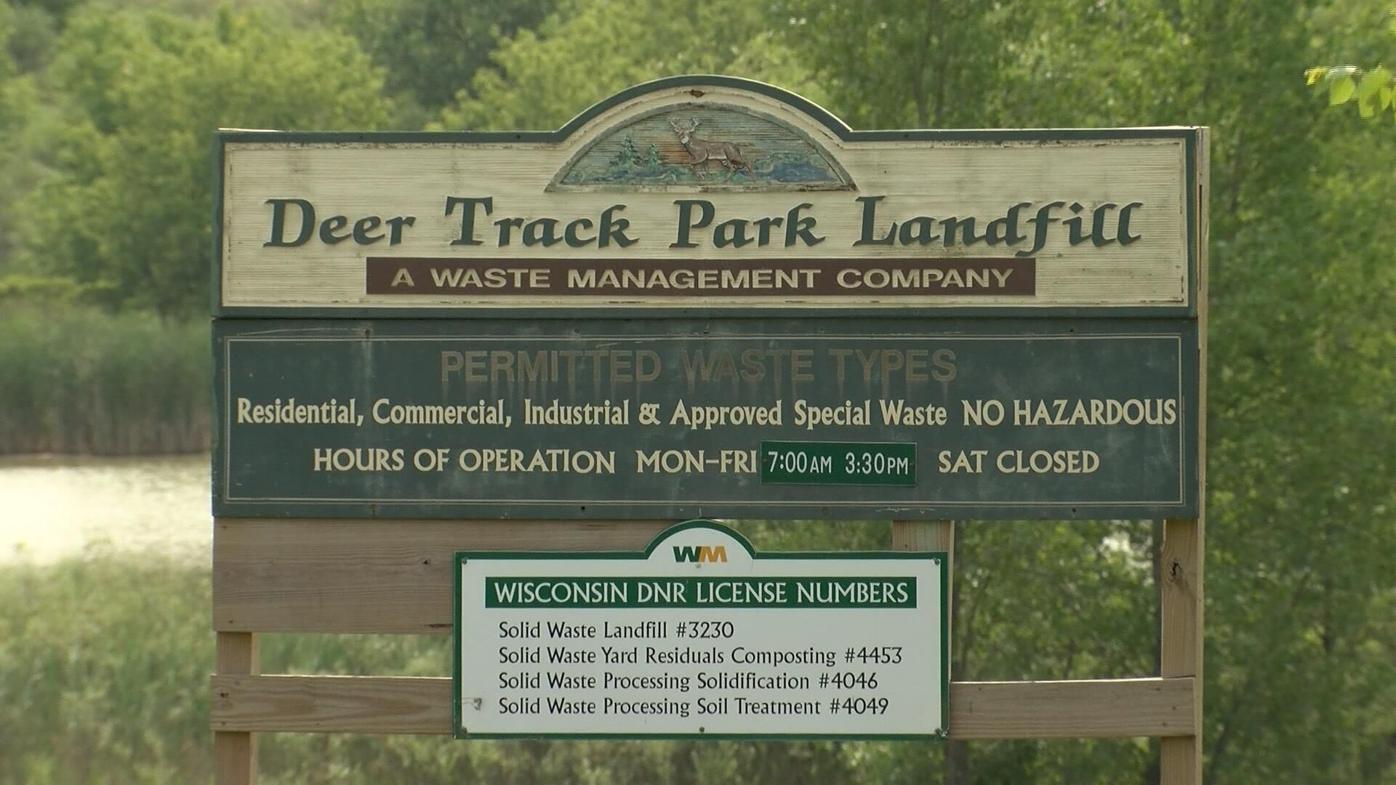 A sign at the landfill site police are searching

Workers preparing to drain the pond behind the Halderson home

Diver returns from search of pond behind Halderson’s home.

Pond behind the Halderson house

A sign at the landfill site police are searching

MADISON (WKOW) — After Bart and Krista Halderson were reported missing in July by their son, Chandler, the investigation evolved rapidly.

A missing person's investigation turned into a homicide investigation in a matter of days, with Chandler eventually being charged in both of his parent's deaths.

Now, around six months after the investigation began, Chandler's near monthlong trial begins.

27 News has put together a full timeline of events in leading up to the trial, and the information begins before Bart and Krista were reported missing. You'll be able to watch the trial as it happens on the 27 News Facebook page and find full coverage of events on wkow.com.

This is the date Chandler Halderson told police and neighbors he last saw his parents. He claims he helped his parents pack for an emergency trip up to their cabin in Langlade County to complete repairs at the property after a storm.

According to the criminal complaint, Krista's co-worker told police that she was supposed to work, but did not show up. The absence was described as "not pre-arranged" and the behavior as unlike her.

Chandler told police this is the date his parents were picked up by friends that he did not know to go to the cabin. He said they had already left by the time he woke up, which the criminal complaint states is around 6:15 a.m.

On this date, the criminal complaint states a woman saw a man matching Chandler's description in the area of DNR property in Columbia County near Sauk City. The person she saw was reportedly wearing a backpack and walking away from the Wisconsin River.

The witness said she thought the behavior was odd because he walked away from his vehicle towards the highway, then when approached the highway he turned around and went back to his car.

According to the criminal complaint, Chandler was at a property in Cottage Grove that belonged to the family of his girlfriend. His girlfriend's mother's partner said he showed up at the property around 5:30 p.m. in one of his parents cars, a Subaru, and she had given him permission to use the pool. Chandler was not seen for an hour or an hour and a half.

She said she saw the Subaru with its hatchback open by a shed on the south end of property and later saw Chandler further south of the shed near a wood line. She also said when Chandler did return, he was not wet and the cover was not taken off of the pool.

Chandler reports his parents, Bart and Krista Halderson, as missing. The information provided at the time was that the couple was last seen at their home on July 1 and were planning a trip to Langlade County at the family's cabin.

According to the criminal complaint, police interviewed Chandler at the family's Windsor home that day and the detective noticed that sections of the floor appeared to be missing, along with an outline of a half-wall next to the door that was no longer there.

Chandler, at this time, explained to police why he thought his parents missing. He told police his parents were picked up on July 2 to go to their cabin in White Lake, but did not know by who. He said his parents were gone before he woke up. Chandler said he last heard from his parents on July 4, when his mom texted him — that was allegedly the only communication he had with his parents over the course of their trip.

Chandler said he thought his parents were missing because they had not yet returned home on July 7 and his calls were going to voicemail.

Several developments occurred on this day that signaled the first change in the investigation.

First, Chandler Halderson spoke to several news outlets about his parent's disappearance. He told 27 News similar information to what he told police: that his parents went to Langlade County with friends he didn't know and that they hadn't returned home.

In the background, the police investigation took a turn when "mutilated and dismembered" human remains were found on the property of Chandler's girlfriend's family in Cottage Grove.

That night, after another interview with police, Chandler was taken into custody for providing false information on a missing persons case. Police at that time called the disappearance of Bart and Krista "suspicious."

The amended criminal complaint filed in August alleges that on the morning of his arrest, Halderson was searching for information on his parents' death. According to the complaint, on the morning of July 8 Chandler made six Google searches back-to-back that referenced “body found” or “Bart and Krista.”

Police announced that they had discovered human remains, calling them "unidentifiable."

According to the criminal complaint, the individual who saw suspicious activity in Columbia County came forward and reported what she saw.

The Dane County Sheriff's Office confirmed to 27 News that on this date a search warrant was executed at Bart and Krista Halderson's home in Windsor. Investigators spent most of July processing the home for evidence.

The previously "unidentified" human remains found in Cottage Grove were formally identified as belonging to Bart Halderson. Officials have not identified the date on which Bart died, and the criminal complaint states it could be between July 1 and 8. His cause of death was listed as homicidal violence including firearm injury.

Although Chandler had been placed on the scene of where the remains were found, he was still only in custody for providing false information and had a $10,000 bond set in court.

Following up on the tip reported on July 10, law enforcement searched DNR property in Columbia County, more specifically in the town of Roxbury. The search lead to a grim discovery: more human remains. The remains were not immediately identified.

Chandler was formally charged in the death of his father, and now has a $1 million bail. He currently faces four charges: first-degree intentional homicide, hiding a corpse, mutilating a corpse, and providing false information on a missing person's case.

Although, the prosecuting attorney said more charges are expected.

Krista Halderson is still considered to be a missing person. In a news conference, police said they're "still optimistic that Krista is still alive and well."

After several days with no updates, the Dane County Sheriff’s Office announced the first in a string of new locations being searched in relation to the Halderson investigation. DCSO, with K9’s and the Madison Police Department, began searching a Waste Management landfill outside Johnson Creek.

At this time, officials were still working to identify remains found in the Town of Roxbury. The Dane County Medical Examiner's office had completed an autopsy on July 16, but had been able to identify who the remains belonged to, and additional testing was ongoing.

Only two days after police announced their search in a landfill, another location became subject to search teams. This time, it’s the pond behind the Halderson house. The Dane County Sheriff’s Office are working with K9’s, the DNR and a dive team. Efforts also began to drain the pond from 12 feet to five feet deep.

27 News' Tony Galli reported that police investigation led law enforcement to the pond, and a cadaver dog made a hit in the area.

Now there are a total of five locations related to this investigation: rural Cottage Grove, DNR property in Columbia County, the Johnson Creek landfill, the Halderson house itself and the pond.

Although not announced until three days later, more human remains were found on this date in connection to the case. This time the discovery occurred at the Halderson family property.

Chandler Halderson appeared in court briefly, waiving his preliminary hearing, and bound over for trial.

At this time he still faces charges of first degree intentional homicide, mutilating a corpse, hiding a corpse and providing false information on kidnapped/missing persons.

Police also ended their search at the landfill. The search at the Halderson home turned up two significant pieces of evidence: Bart and Krista's phones and ID's. The amended criminal complaint said the phones were found in a shoe beneath a shelving unit in the garage wrapped in tin foil and paper towel.

Almost exactly two weeks after learning that remains were found in Roxbury, police announced their identification. Through DNA obtained from the remains, the Dane County Medical Examiner and Wisconsin State Crime Lab identified the remains as belonging to Krista Halderson.

With this discovery, the Sheriff's Office began working with the District Attorney to add another set of first degree intentional homicide, mutilating a corpse and hiding a corpse to charges against Chandler Halderson. These three charges are the same charges Chandler faces in his father's death.

Although the search at the landfill is over, no announcements were made on if anything was discovered there. The remains found at the Halderson property are still unidentified — and searches of the home and pond near the home continued.

The Dane County Sheriff's Office said that although "significant progress has been made" the investigation is still active and asks that anyone with information or tips calls (608) 284-6900.

Chandler appeared in court for an arraignment on the charges related to his mother's death, pleading not guilty to all charges.

Judge John Hyland rules to allow outside acts in the trial, a request from the prosecution. In a motion order obtained by 27 News, Hyland said the "other acts largely appear to be based upon emails and other communications" and don't necessarily involve criminal activity, rather "wrongs."

The acts are currently under seal. All of them involve communication with Krista and Bart, and take place "within a time frame leading up to the alleged dates of the crimes."

Have a news tip or story idea? Email us at news@wkow.com