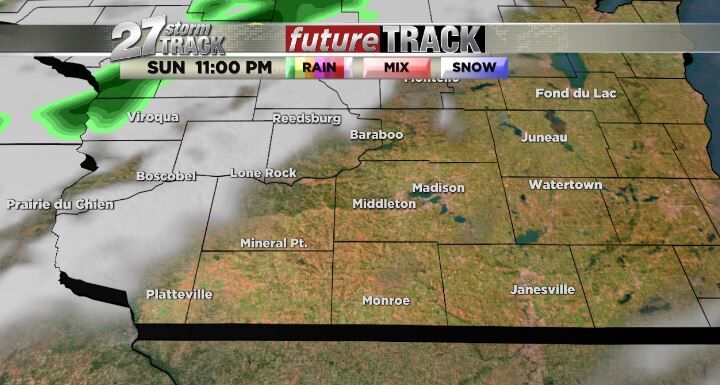 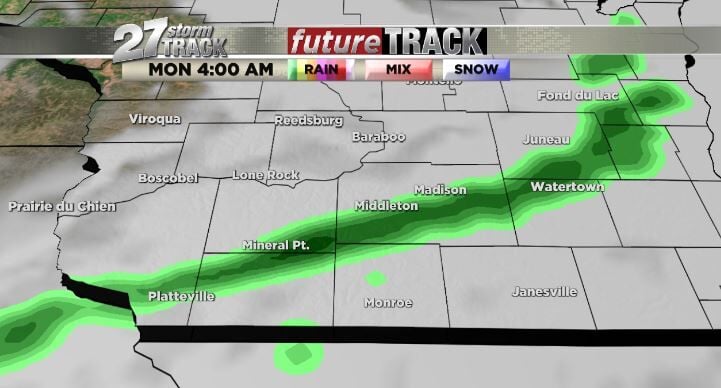 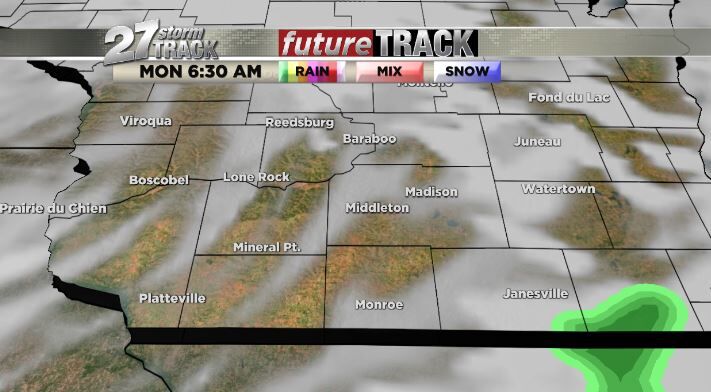 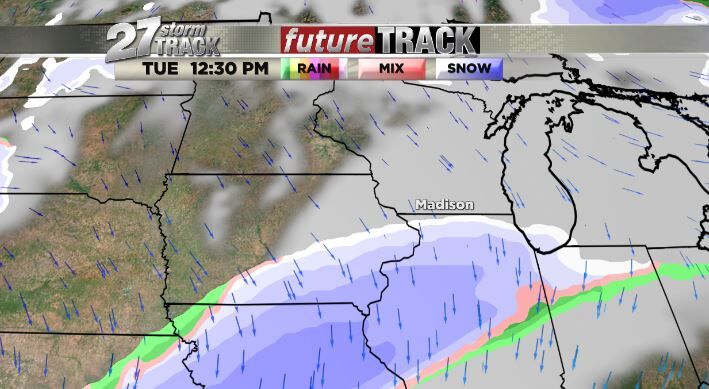 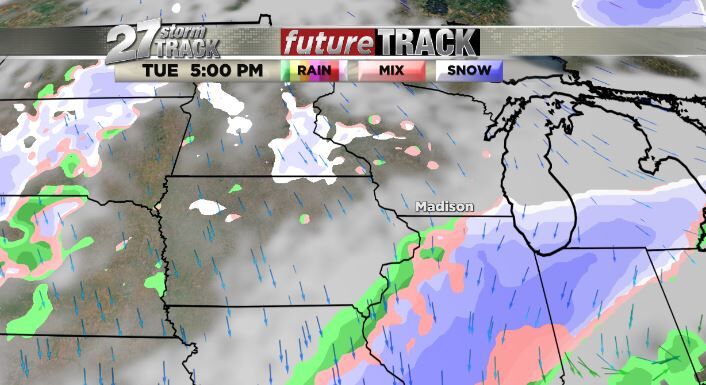 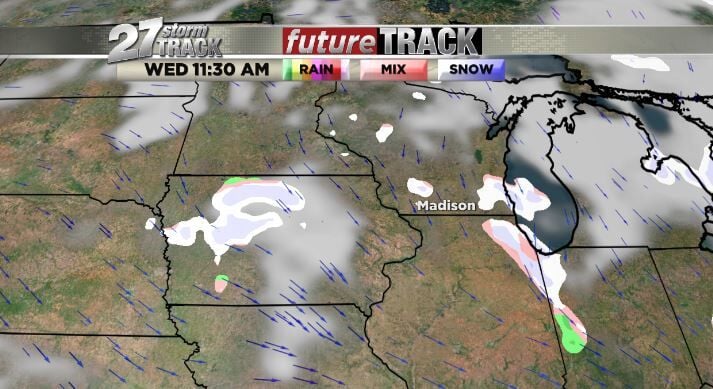 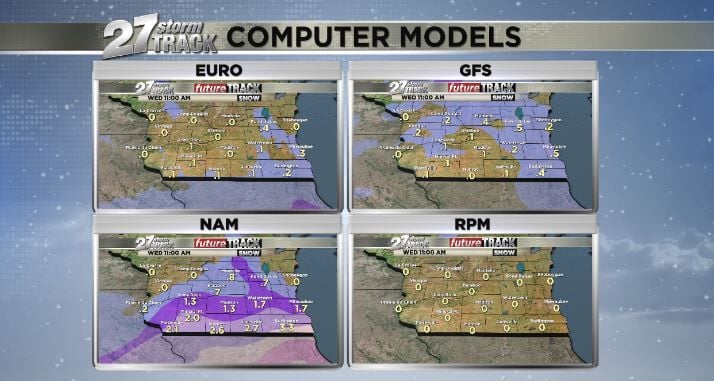 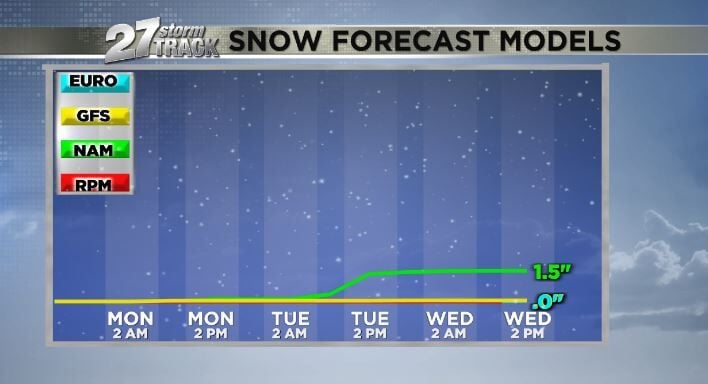 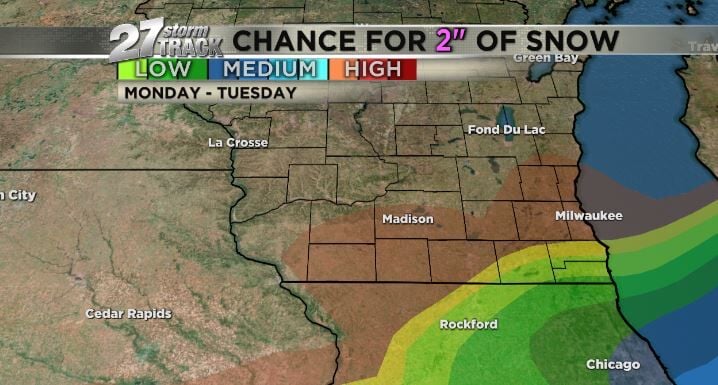 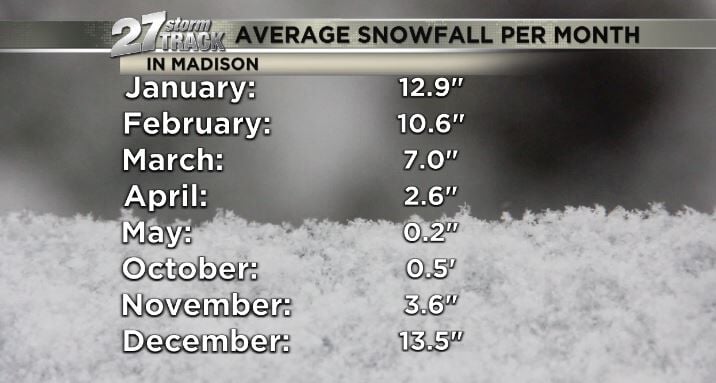 The quiet conditions are moving on out as a cold front moves on in; the cold front is going to be the one that ushers in not only the cooler air but also help set up the chance for a rain/snow mix as we kick off our next work week.

The cold front will slide through most of the forecast area by 6-8am on Monday, which will allow the cooler air to quickly move on in. While there's a chance for rain/mixed precip during the early morning hours, there could be another round by the evening and overnight hours going into Tuesday.

The threat for more snow than rain returns as we head into the afternoon hours on Tuesday through the overnight hours with scattered mixed precipitation showers possible on Wednesday too.

Some models are trending the snow will be farther to our south, but we could make off with a few tenths of an inch. However, the NAM is continuing to keep the threat for an inch or two across parts of southern Wisconsin.

Most likely, the area will see a few tenths of an inch to an inch of snow the farther southeast you live. Whatever snow the area does pick up Monday night through Tuesday, the snow will melt due to daytime highs climbing well above freezing.

However, keep in mind, for an average April southern Wisconsin usually picks up 2.6" of snow...

Light snow to arrive this evening

Kicking off the second half of August on the quiet side

Rain chances uncertain through the weekend