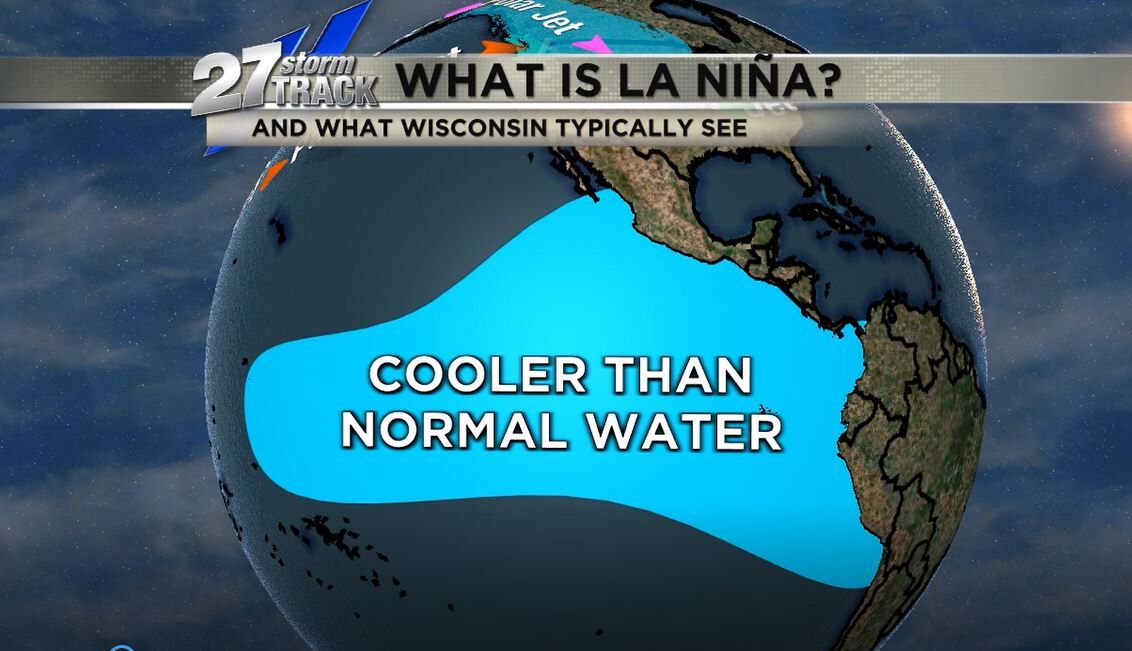 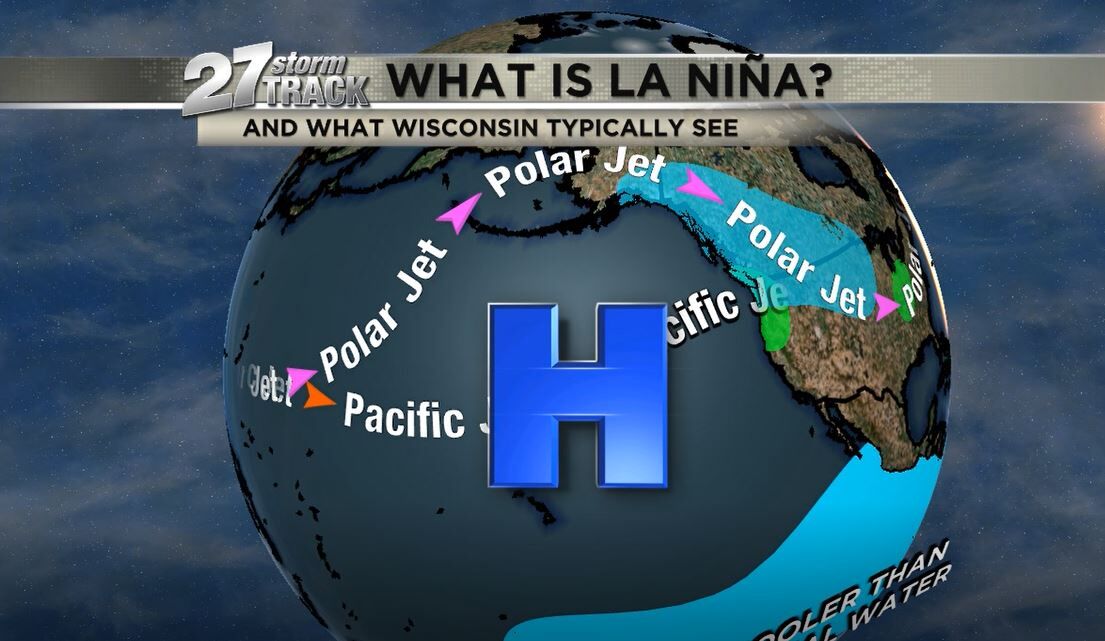 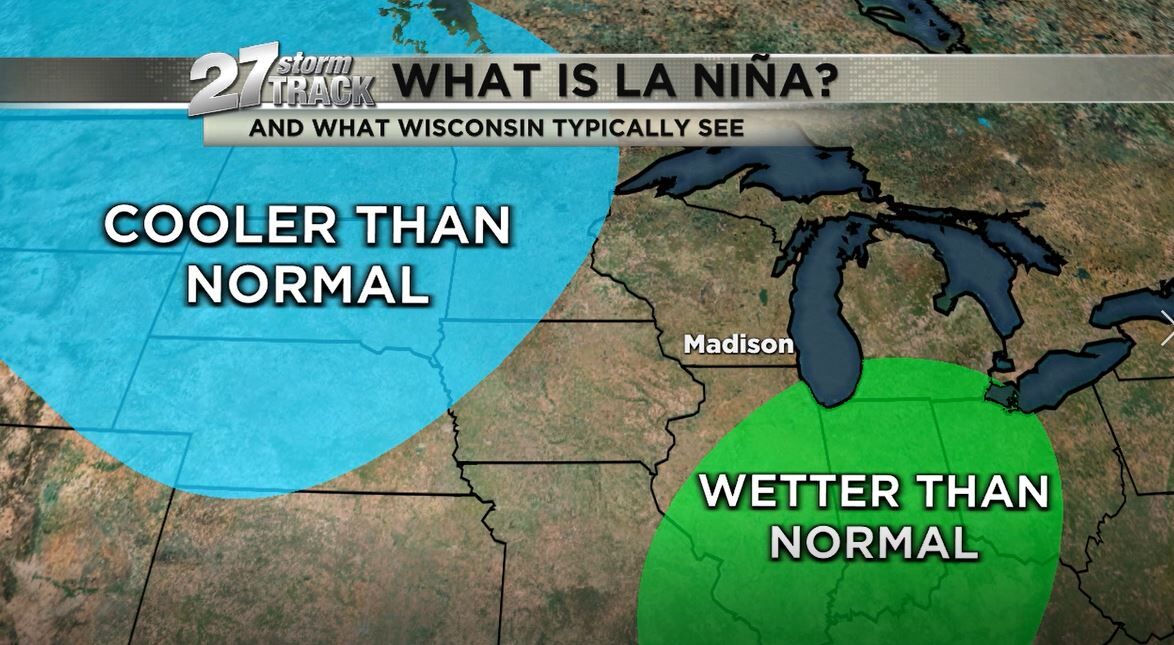 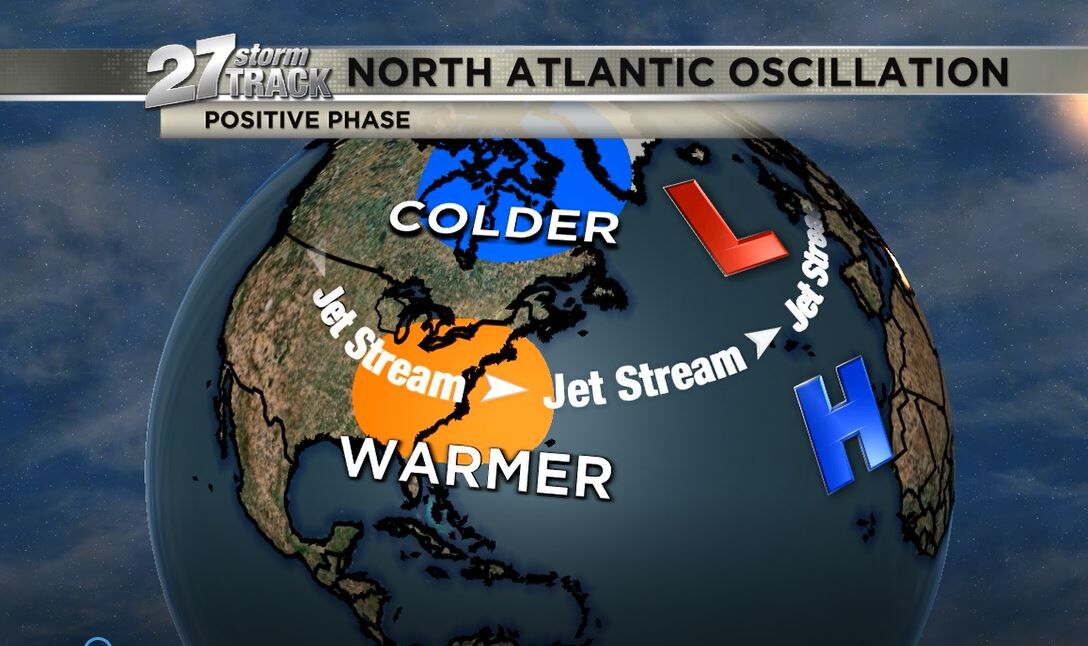 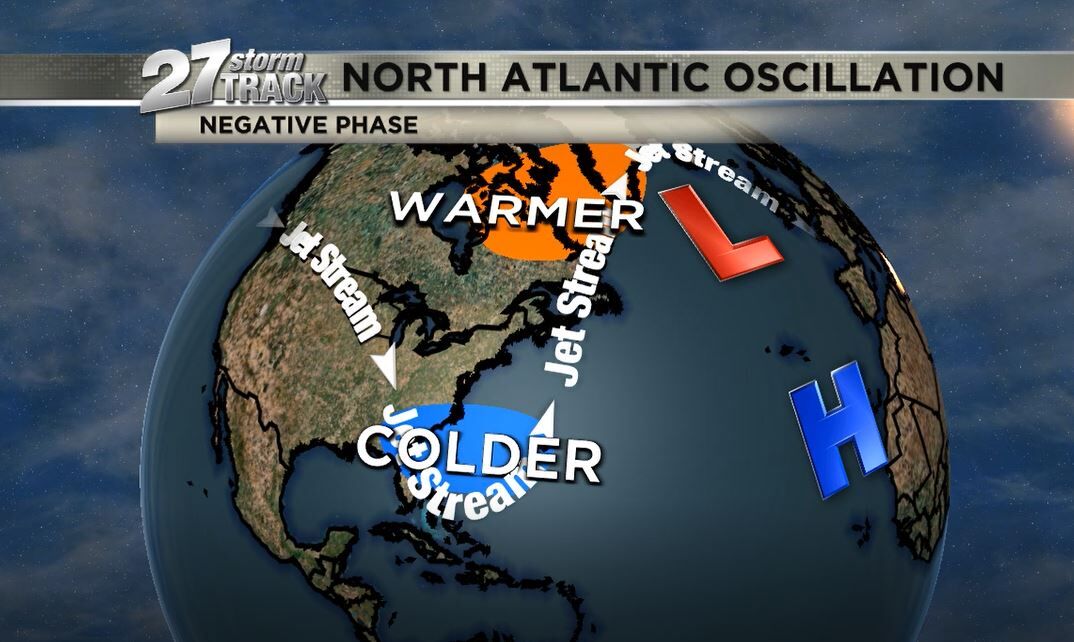 MADISON (WKOW) - The forecast going into Winter called for La Niña but does La Niña really impact our weather?

Upwelling is when surface water is moved and replaced with cooler water from below.

That northward alignment of the jet stream means that systems crossing over the Pacific are forced north where the cool down. While they are cooling down up north, moisture is still being brought to the West coast by the Pacific jet. The placement of each jet stream varies each season but generally speaking, this is where they tend to be.

The placement of the jet streams mean that most of the Upper Plains tends to be cooler than normal during La Niña while parts of the Ohio River Valley tend to be wetter than normal.

Being on the edge of both typically seen categories, during a La Niña, Wisconsin tends to see slightly wetter than normal conditions along with cooler than normal temperatures.

During a particularly strong phase of La Niña during the Winter of 2007/2008, Madison accumulated roughly 100 inches of snow. However, Aidan Kuroski, a meteorologist at the National Weather Service Milwaukee, says El Niño and the North Atlantic Oscillation, NAO, impact our weather more.

Kuroski says between El Niño and La Niña, El Niño is a stronger phase with ENSO which means its impacts are felt or seen more. The other weather phenomenon, NAO, being much closer, impacts our daily weather much more.

Unlike ENSO, forecasting the NAO is much more difficult says Kuroski. The volatility of the phenomenon is the reason why, he says. Unlike ENSO, the phase in which the NAO is in can change quickly; the phasing are either positive or negative.

Unfortunately, says Aidan Kuroski, a meteorologist at the National Weather Service Milwaukee, the full extent of these weather phenomenon can't be determined until the season is over. Which means that whether or not the current cold air is attributed to either phenomenon will have to wait.

Warm the rest of the week, then a big cooldown

We need rain and it’s coming!

UPDATE: Platteville man killed in two-vehicle crash on US Hwy. 151